The 18th International Transgender Day of Remembrance (TDOR), observed in November, commemorated Transgender and gender-nonconforming people who were murdered over the last 12 months just for being brave enough to be themselves. An Australian bridge was decorated in pink, white and blue lights—the colors of the Transgender pride flag. A tree was planted in Bangkok, and a social media hangout was held via the African Queer Youth Initiative. 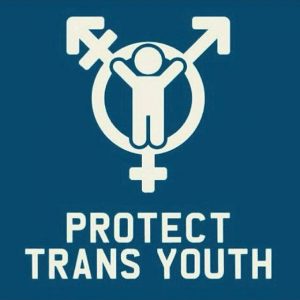 Even U.S. Secretary of State John Kerry recognized TDOR, saying, “Transgender persons around the world are targeted by rising levels of violence fueled by hatred and bigotry. This is a global challenge and we all must do more to protect transgender persons on the basis of equality and dignity.”

At the same time the state of Texas is preparing to pass anti-Transgender laws, and a Texas federal judge stalled gender-affirming healthcare for Transgender people under the Affordable Care Act.

It is known that over 300 Transgender people were murdered in 2016. The actual number is unknown, because many countries still do not have laws protecting gender-variant people, let alone recognizing them as a class of people.

Gwendolyn Ann Smith founded TDOR because of the murders of two Transgender women of color, Rita Hester in 1998 and Chanelle Pickett in 1995. The vigil held in San Francisco’s Castro neighborhood in 1999 was the first TDOR event to commemorate all Transgender and gender-nonconforming people lost to violence. Ms. Smith’s moving writing, Transgender Day of Remembrance: Why We Remember can be found at http://www.huffingtonpost.com/gwendolyn-ann-smith/transgender-day-of-remembrance-why-we-remember_b_2166234.html.