What is behind Trump’s threat to attack Iran? Some see it as straightforward threat, as most of us understood his earlier threat to destroy North Korea; others see it as a bluff, in light of his later brotherly relationship with North Korean dictator Kim Jong-un.

THE DEVIOUS POLITICS OF OIL 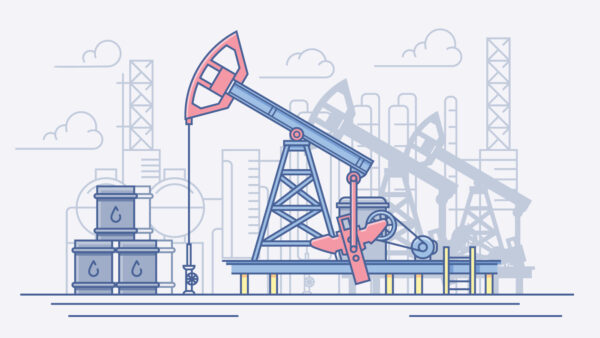 Without pretending to read minds, it may be worthwhile to see the present moment of threats made and withdrawn in light of Trump’s use of capitalism’s lifeblood commodity, oil, and the continuity and discontinuity of U.S. imperialism.

Trump has continued the legacy of President Obama in regard to the development of U.S. oil drilling, fracking, and pipeline building. His only innovation in that regard has been to replace the idea of “energy independence” with what he calls “energy dominance.”

As Trump claimed in 2017, “The Golden Era of American energy is now underway.” This thinking doubtless forms part of the background of the OPEC+ grouping of leading oil producers—the U.S., Russia and Saudi Arabia—that is meant to supercede the old OPEC.

THE ILLUSIONS OF IMPERIALISM

It may be why Trump has so forcefully opposed Obama’s Iran nuclear agreement, which was equally cynical but less ambitious.

That would make more sense than the idea that Trump cares about Iran’s genocidal war in Syria, or that Israel or Saudi Arabia dictates U.S. policy.

He may imagine that “energy dominance” coupled with military power can stabilize the bourgeois order in a way advantageous to the U.S. In this light China, with which he is currently carrying on a trade war, would be the ultimate prize—approached through intimidating or co-opting its allies in North Korea, Venezuela and Iran.

Most worrisome, just as it was and is in Trump’s threats against North Korea, is the possibility of a slip or unforeseen event precipitating a war that nobody wants and nobody will win. The pre-World War I world indulged in such imperial dreams until it awakened to the nightmare of 1914.

Marx’s Capital foreshadowed that nightmare in its working out of the absolute general law of capitalist accumulation. Trump, as he would be first to tell us, is no Marxist.

← Algerians in revolt
World in View: A tale of two democracies in crisis →
This work is licensed under a Creative Commons Attribution-ShareAlike 4.0 International License