From the July-August issue of News & Letters 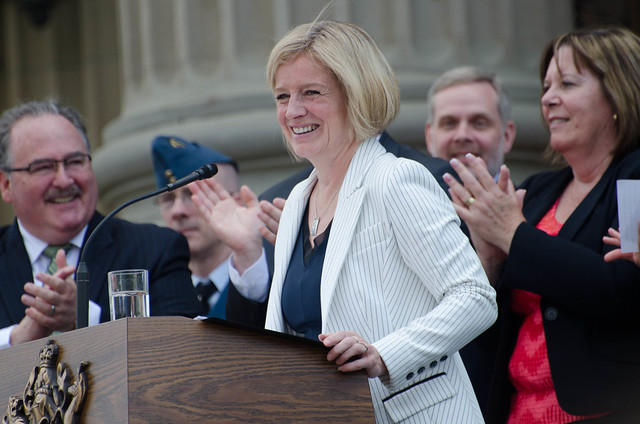 Rachel Notley after being sworn in as the 17th Premier of Alberta. Photo credit Connor Mah

With news of the New Democratic Party (NDP) victory and the election of Rachel Notley as Premier in the May 5 Alberta provincial election, there was a little burst of joy across Canada amongst workers, feminists, social democrats, human rights activists, environmentalists, educators, health activists, and others who seek a new human society in Canada. It is not heaven on earth, but it is a huge breathing space in the repressive Canadian landscape. It is critically important that we use this time well.

The Tories, or “Progressive-Conservatives,” are worse than one could easily describe. In the three weeks between the election and the installation, the outgoing Tory government shredded thousands of valuable Alberta government documents, a Canadian tradition of dubious legality.

The Tories had been in power for over 44 years. They presided over economic chaos, social destabilization, and environmental destruction brought by the tar sands oil “boom,” and are promoting the Keystone XL pipeline with lobbyists all over the U.S. In the 1970s, they instituted the forced sterilization of over 3,000 Indigenous and Métis women, then shredded the medical records in 1995 to avoid prosecution. They continued their racist attitudes and policies up to election day. There are over 250 unsolved murders and disappearances of Native women in the province.

On the federal level, the Tories have been in power under federal Prime Minister Stephen Harper for about nine years, due to the Monarchy’s intervention in 2008 to prevent a vote of non-confidence in his government. That act gave him unchallenged power, which he has used ruthlessly. Since then he has worked to dismantle the Canadian social safety net, and remove most environmental and financial regulations. He is now collaborating with the Liberal government in Québec to do so there.

This NDP victory is a major setback for Harper, and may threaten his chances in the federal elections this fall. He has met his match in Notley, who, unlike the Liberals, is no shrinking violet. The new NDP government may result in more provincial autonomy, in the best sense, and put a brake on Harper’s autocratic leadership style.

Although the NDP has a solid majority in the legislature, it got less than half the popular vote. Still, the Tories are not even the official opposition now. That role goes to the conservative break-away Wildrose Party. The conservative National Post in Toronto has suddenly discovered the need for “electoral reform” and is piously intoning about “unfairness.” Comedians are having a great time. 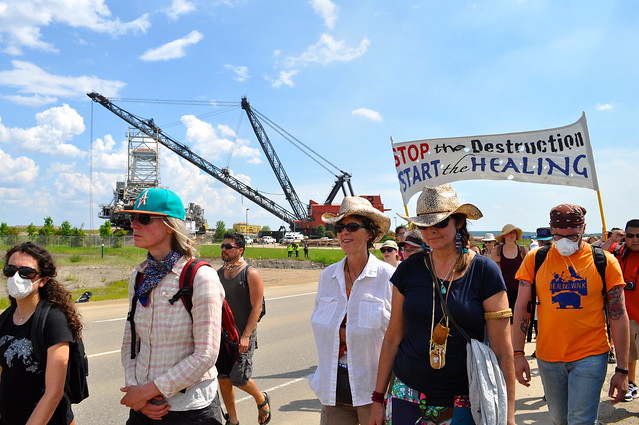 Though partly friendly to oil interests, Notley is not enthusiastic about the Keystone XL pipeline, which may help stop it. This government will probably be better for Indigenous people, French-English relations across Canada, the social safety net, and the environment.

The election results have deep historical roots. Alberta was a center of prairie populism in the early 20th century and was the first province to elect a social democratic government in the 1930s, and the second, after Saskatchewan, to have government-funded healthcare. The recent arrival of people from all over Canada may have also brought changes in thinking, and the recent drop in oil prices may have had an effect.

The NDP victory in Alberta is important but is only the tip of the iceberg of the deep and growing discontent of people all over Canada. There is now a new breathing space to fight for a new human society in Canada, and we must use it.

← Transgender liberation at the Left Forum
Queer Notes, July-August 2015 →
This work is licensed under a Creative Commons Attribution-ShareAlike 4.0 International License