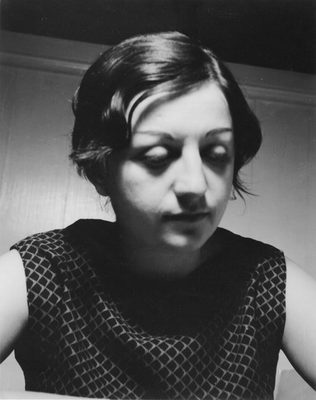 Poet ruth weiss (she preferred lower case as a protest against authority) passed on July 31 in Albion, Calif. One of the great originals, she continued public readings and environmental activism into her 90s. She published many books of poetry in English and German, including her 1977 masterpiece, Desert Journal.

Born in Germany, weiss’ family fled the Holocaust and moved first to New York, where she was for a time the only white child in her Harlem school. They then moved to Chicago. In Chicago she met a community of artists including Gwendolyn Brooks, who became a friend and mentor, and began experimenting with reading poetry accompanied by jazz—an idea she developed further in San Francisco, where she became close to Jack Kerouac.

In cropping her hair and dying it green, after the anti-prejudice film The Boy with Green Hair (1948), weiss even anticipated the look of 1970s punk rock by decades. That her life touched all these bases should make it easier to see her as the representative figure she was.

ART AS AN OBJECT OF FREEDOM

The creative work of her generation of artists can be viewed through the lens of Richard Wright’s 1940 essay on the writing of his classic novel Native Son, “How Bigger Was Born.” There he described wrestling with the questions of dehumanization, nihilism, and state power (Hitler and Stalin as well as Jim Crow) as objects of imaginative creation—of mental freedom. In writing of the creation of his central character, Wright said: “I made the discovery that Bigger Thomas was not Black all the time; he was white, too, and there were literally millions of him, everywhere.”

This was the impulse behind the innovation of jazz-poetry, as well as of Black and working-class artists’ appropriation of aspects of European modernism, from Charlie Parker, Ralph Ellison and Romare Bearden to the Association for the Advancement of Creative Music in the 1960s.

A trivializing academic world may have reduced the artistic history of that era to the empty category of “Postmodernism,” but as a new generation confronts a similar nexus of state power, dehumanization, and nihilism, the underlying humanism of these great artists will be reinterpreted and built upon. As ruth weiss promised in her poem “San Francisco, silly city”: “The Tower of Babel will not be built again.”