Students throughout Brazil have been protesting a spending freeze on education. On May 6, thousands surrounded a military college in Rio de Janeiro where the country’s president was speaking. In response to his proposal for a “numbers-based, efficient and managerial” approach to education, students’ signs said “Education is Not a Commodity.” The proposal to target sociology and humanities programs for cuts happened after teachers in Brazil were fired for holding discussions about gender or politics. Thousands of youth demonstrated in more than 100 cities on May 15 and May 30. Sao Paulo and Belo Horizonte both saw more than 250,000 people in the streets. In Goiania, indigenous students marched with signs reading, “Indigenous Land, Core of Resistance.” On June 14 all transportation networks were stalled in Sao Paulo, as transportation workers struck in solidarity with the students and to safeguard their pension system that is also a candidate for the chopping block.

Hundreds of students in Catalonia held a strike in central Barcelona on May 9 to demand a 30% cut in their tuition that would bring them on par with other semi-autonomous regions in Spain. Students and sympathetic local citizens are collecting signatures for a popular legislative initiative on the same question. If, as expected, they are able to exceed a threshold of 50,000 signatures, the proposal will be automatically introduced before the Parliament. Elsewhere in Spain, 30 college students in the Valencian community protested the Department of Education on June 9 over the sudden adoption of a new and difficult math entrance exam for public universities. Student union coordinator Carlos Naranjo told local newspaper Levante that “the test doesn’t try to evaluate,” but is a back-door method to “impede and eliminate students from the working class.” 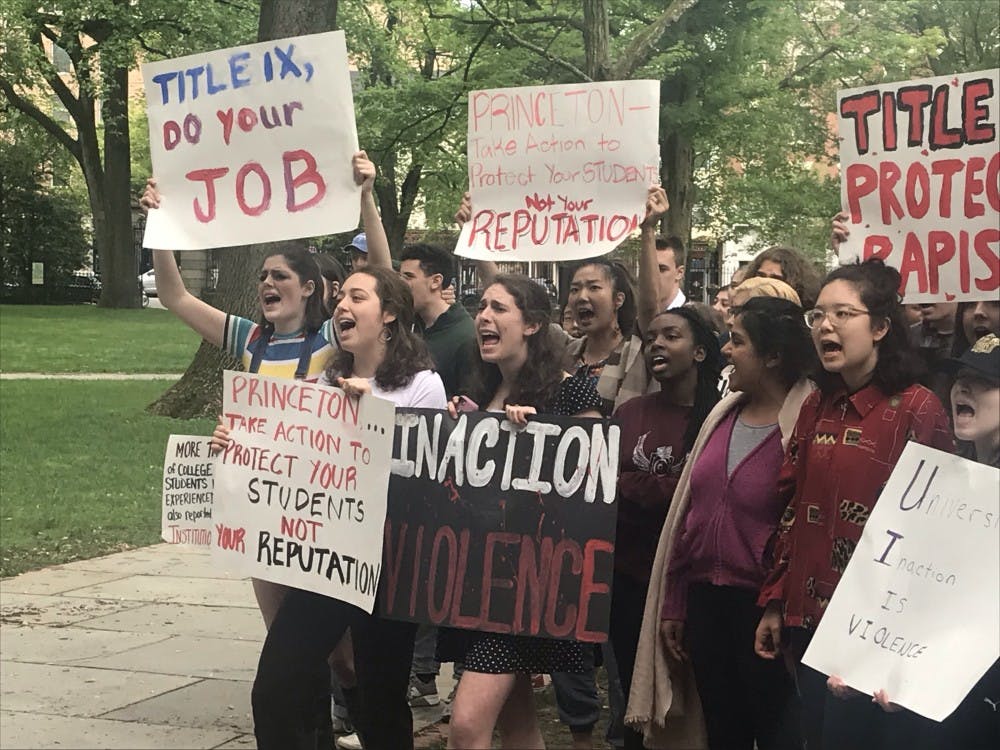 Demonstration of Princeton U. students on May 8, 2019, demanding changes in Title IX implementation. Photo: Zack Shevin / The Daily Princetonian.

In New Jersey, about 70 students held a sit-in on the lawn of Princeton University’s Title IX administration offices each day from May 7 to May 15. A smaller group maintained the presence through each night, taking shelter under campus archways during rainstorms. They were demanding consistency, transparency, and staffing changes to ensure independence in the way the university adjudicates reports of sexual assault. Various anonymous testimonials posted at princetonixnow.com illustrate a negligent process flawed by conflicts of interest and sloppy enforcement. After meeting with organizers of the sit-in, the university is talking about enacting some portion of their proposals in the fall, and students have encouraged alumni to withhold donations to the university until it follows through.