July 1, 2020
A new generation of revolutionary youth, led by Black youth, joined by youth of all races and many older people, created the most widespread, sustained...
... Read more 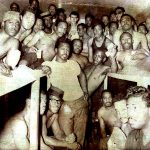 From the writings of Raya Dunayevskaya: From Black mass revolt to Freedom


Excerpt from the pamphlet 'Black Mass Revolt,' issued in October 1967 following uprisings in Detroit and Newark: “Has Whitey got the message?” asked one of...
... Read more


Tens of thousands of people in Hong Kong defied a ban on demonstrations to commemorate the 1989 Tiananmen Square Massacre. Thousands came out to oppose...
... Read more

Anti-racist protests across the U.S.


Protests of George Floyd’s murder and police brutality in general have erupted all over the U.S. Here are in-person reports of demonstrations in Chicago and the San Francisco Bay...
... Read more
Featured Articles 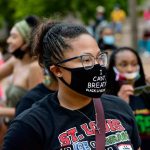 World in view, July-August 2020: Syria’s problem is Assad, not sanctions


The lie of a Syrian “renaissance” has disappeared and discontent manifested even in regime-controlled areas. Assad blames U.S. sanctions, but the problem isn’t sanctions. It’s...
... Read more


Capitalism is exacerbating the havoc being wreaked by COVID-19 in Latin America. In the projected largest recession in its history, 12 million more people will...
... Read more


A statement of solidarity with the U.S. movement against racism and police brutality by the shackdwellers movement in South Africa, Abahlali baseMjondolo....
... Read more 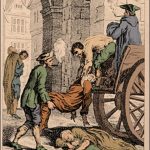 
Residents of nursing homes and assisted living facilities--0.6% of the population--have made up an estimated 43% of U.S. deaths from COVID-19. In any other situation...
... Read more

Voices from the inside out: George Floyd and 13th Amendment


Prisoner columnist Robert Taliaferro explores how George Floyd’s death sparked a delayed discussion of race. Will such discussions be sustained once the cameras are turned...
... Read more
More Articles

Page 2
‘Power Worshippers’
“The Power Worshippers” by Katherine Stewart explains the religious Right as a “Christian nationalist” movement. This is not a grassroots movement but one deliberately designed by ultra-rich businessmen and families to impose complete political, social, and economic control.

Page 3
Migrant workers in India face lockdown
In India, labor in general, migrant workers and daily wage earners in particular, are vulnerable to the impact of COVID-19. Hundreds of thousands of migrant workers are desperately trying to return to their hometowns, battling hunger and scorching heat.

‘Mourning delayed’
Detroit is still struggling with the pandemic as water is still shut off to over 3,000 residents. Funerals and hospitalizations are the most difficult for families because they can’t be together in a meaningful way.

Page 8
Thoughts from the outside: Capitalism & looting
Ex-prisoner Faruq writes about the meaning of looting in racist, capitalist Amerika where police brutality runs rampant.

Page 9
Free Chanthon Bun! Stop ICE transfers!
Protesters in front of San Quentin prison demanded freedom for Chanthon Bun. Instead of honoring the board’s decision that he was suitable for parole, the California Department of Corrections and rehabilitation intends to transfer him to an ICE detention center.

Queer notes, July-August 2020
The relationship between the LGBTQ movement and Black Lives Matter develops through pride celebrations; Gay people face discrimination in Turkmenistan; and the death of Aimee Stephens, the Transgender woman at the center of the Supreme Court case on discrimination by gender identity and sexual orientation.

Stop Nestlé water grab
Nestlé Corporation is now being allowed to withdraw up to 400 gallons of water per minute from three wells in northern Michigan, including a well near the headwaters of Twin and Chippewa Creeks, Michigan. It is unsustainable.

Being LGBTQ in the COVID-19 era
“Queer Notes” author Elise explains how the COVID-19 pandemic is hitting minority communities especially hard and that the LGBTQ community is no exception.

Page 12
World in view, July-August 2020: Asian brinksmanship
Two flashpoints in Asia between North and South Korea and between India and China erupted in threats and deadly clashes.