A new film, God Knows Where I Am is presented as a documentary, but is in fact an attack on the right of psychiatric patients to give informed consent to psychiatric medication. It uses the tragic story of Linda Bishop, a 51-year-old mental health patient who died alone from starvation in an unoccupied farmhouse near Concord, N.H., in January 2008. She had been released from a nearby psychiatric facility a few months earlier.

THE RIGHT TO REFUSE MEDICATION

The filmmakers attribute her death to the fact that she was not allowed to be forcibly medicated, saying in so many words that this well-established human right is what killed her. They make the chilling assertion that the “common good” overrides the “rights of the individual,” an overused argument by those who would push back the clock. Much of the film’s focus is on the ideas of Dr. E. Fuller Torrey, a longtime opponent of the right to informed consent for people with mental illness, the right to refuse what are often dangerous and ineffective medications. 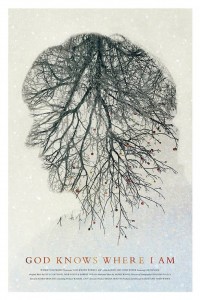 The reality is that Linda Bishop died after she was released in bitter cold weather with no resources, no money, no food, and no proper clothing—not even a warm coat. She was left homeless after discharge and took refuge in the farmhouse.

Linda Bishop’s story is heartbreaking and brings out our deepest sympathy. At the same time we do not know many things about her: her life before hospitalization or in the hospital, why she didn’t take the medications and any adverse effects she had experienced, tensions in her family, or other things in her life. The film reduces this tragedy, with all of its dimensions, to the single conclusion that she died because she did not accept medication.

Her tragedy makes audiences prone to manipulation. In an August 2016 article in IndieWire, the directors speak about their use of iconic film cameras, “…each for thematic reasons to underline notions of dreamscapes, personal nostalgia, and commercial memory.” In other words, image manipulation to create moods. This would be fine for fantasy movies, but is hardly a method for a documentary. This movie is not about objective principles but presents an ideological view opposed to patients’ rights that is deeply retrogressive. Well-meaning people have been taken in by it.

In this time of a general rightward turn in our country, we need to keep foremost in mind that the self-determination of every individual is at the root of human freedom, and this it true for medical matters as well as everything else. —