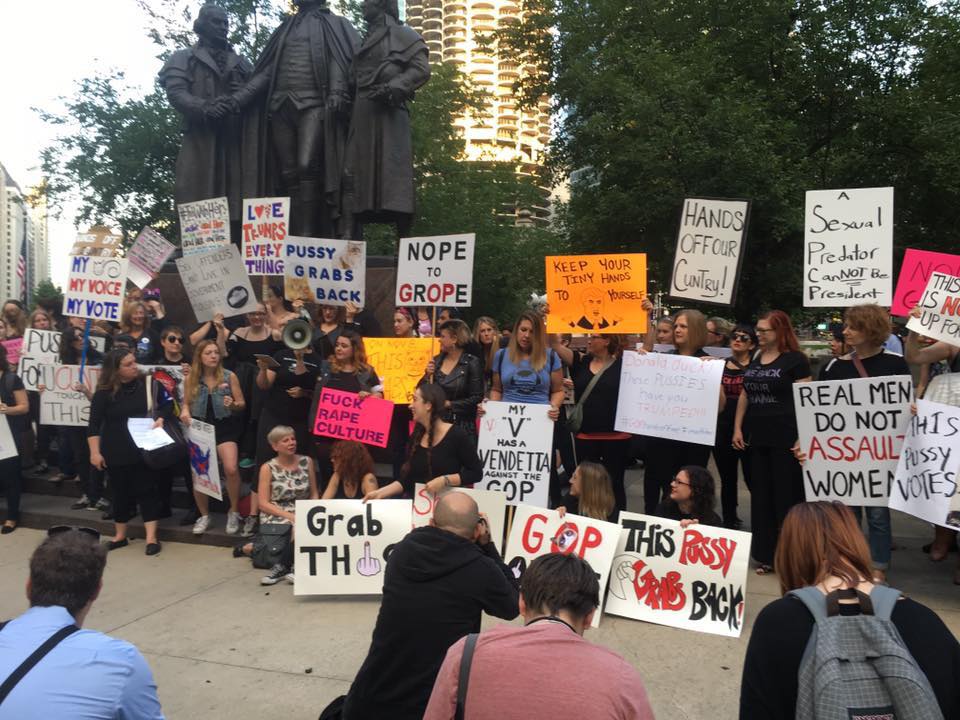 Chicago women protesting in front of Trump Towers on Oct. 18, 2016.

Chicago—Inspired by women in New York and Philadelphia who protested in front of their respective Trump Towers before the election against candidate Donald Trump’s disgusting sexism, racism and everything elseism, women here demonstrated in front of Trump’s ostentatious, hideous building in the North Loop.

A few hundred of us came out on Oct. 18 against the misogyny of Trump and the GOP. There was lots of energy. Five or six pro-Trump obnoxious counter-protesters were restricted to the other side of the street. Our protest was organized by SlutTalk under the hashtag #GOPhandsoffme and “pussy grabs back.”

Several large cities held the same protests today. What was so great was seeing these angry, joyful, creative and powerful women. Despite the terrible situation we find ourselves in, we weren’t miserable.