Black and brown Trans, non-binary and gender nonconforming people on the South and West Sides of Chicago have mutual aid organization Brave Space Alliance (BSA) to turn to for safe space, resources and supplies. Soap, groceries, baby supplies, support groups, microgrants, HIV prevention programs, the Crisis Pantry and the Trans Relief Fund are among BSA’s offerings. They will soon launch telehealth services providing therapists to remotely refer people to services including, but not limited to, hormone therapy and getting gender changes on IDs. BSA is an oasis in a desert, because the vast majority of Chicago’s LGBTQ organizations are on the North Side. 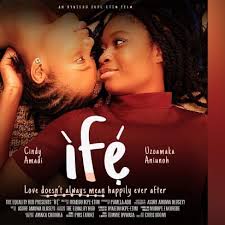 Queer rights activist Pamela Adie produced the first Lesbian love story film “Ife” on an on-demand platform so it can be viewed worldwide and not be censored by the government of Nigeria, in spite of the Nigerian Film and Video Censors Board’s strong warning against its broadcast. In Nigeria, anyone even suspected of being in a same-sex relationship can be jailed for 14 years or, in the Northern states, be stoned to death. But partly because of popular LGBTQ films and TV series which TIERS/Initiative for Equal Rights has produced, about 30% of Nigerians support same-sex families.

When Trans Sistas of Color Project (TSCP), which provides assistance and resources to Transgender women of color, found themselves locked out of the Detroit Rescue Mission Ministries, the venue for their “Building A Dream House” awards brunch, they video messaged their predicament on Facebook. Cedric McClain, the co-manager of the Ruth Ellis Center Second Stories Drop-In Center, saw the video and, together with co-manager Angelika Lewis, invited TSCP to hold their awards brunch there. Trans Sistas allies Brenda S. White and pediatrician Maureen Connolly were the award winners. Detroit Rescue will issue a full refund to Trans Sistas.

← Count every vote!
News from Mexico: November-December 2020 →
This work is licensed under a Creative Commons Attribution-ShareAlike 4.0 International License