The importance of reprinting the Letter “Remembering John Lewis and Bloody Sunday—Racist barbarity spawned new forms of revolt” (Sept.-Oct. 2020 N&L) is not alone to honor John Lewis, who was an important, militant spokesperson for the Black liberation movement at that time, but equally to pose a challenge to today’s Black Lives Matter movement. The question that 1965 Letter asked—“Will the movement which demands freedom now once again be diverted? This is the turning point which must become a point of departure for weighing carefully and elaborating daringly, not ways to pause, but ways to unite thought with action, to work out a theory of liberation which will meet the challenge of the movement from below, from the actual struggles for freedom.”—speaks profoundly to today’s freedom struggles. Importantly, Trump has been defeated. But our liberation is far more demanding than an electoral win. It calls for tearing up the old society (capitalism) root and branch, and creating a new one on truly human beginnings. For that. working out a philosophy of liberation to match our freedom activities remains THE crucial challenge. 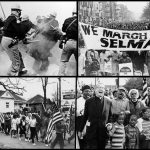 Although John Lewis was not the same as a politician as he had been as a revolutionary activist, it’s pretty well known that his 1963 speech was modified by march leaders. Nevertheless, his death represented, emotionally, the end of the Civil Rights era of freedom struggles, a grim milestone for many in the Black community. The governmental and national response was as dignified as it was under the influence of the Black Lives Matter movement, a recollection of a high point in Black liberation (Selma, 1965) and the potential power today to deepen that movement.

The Notorious RBG was a rare gem of jurisprudence in this country’s history. If nothing else, you had to respect her brilliance and fairness. Then we see the hypocrisy of the Republicans who would not even talk to Obama’s nominee months before the general elections but who rammed their nominee through confirmation in two weeks. The voters in this country made sure that Trump’s reign of terror is ended, but Mitch McConnell’s majority in the Senate may still exist and that needs to end as well. Then the first thing that would need to be voted in is term limits; next amend the Constitution for the ERA, and a civil rights and voting rights amendment, and redo the 13th amendment to abolish slavery, period! Term limits for federal courts need to be established too.

My heart broke when Supreme Court Judge Ruth Bader Ginsburg died. It couldn’t have made dying easy for her, knowing that she was leaving a vacancy for Trump to fill with someone who would be her ideological opposite—that is, a right-wing hack. I wonder if these ultra-Right women—like her replacement, anti-abortion fanatic Amy Barrett and these horrible women commentators at Fox News—ever comprehend that without a radical women’s liberation movement that has fought for women’s freedom for 50 years now, they would still be in the kitchen; law school would be out of reach; and only men—because of their deep voices and superior brains—would be news commentators. Ginsburg had an appreciation of history because she was an important part of the fight for liberation.

In disagreement with your “Putin after Putin?” Jan.-Feb. 2020 N&L: I feel strongly that President Putin is a better man than he is being portrayed by many. President Putin is being used as an excuse for those in the U.S. who need to rationalize their own aggression and excuse their wish to force the old-fashioned capitalist worldview on the rest of the world. I see a sincere wish in President Putin to engage the U.S. in a sensible effort to lessen the risk of nuclear war between our nations and to instead find more areas of possible cooperation and detente. So I hope that a more reasonable and balanced view of President Putin will emerge—a view that can see all possible areas of peaceful sharing between our two nations and work together for world peace and a real move to finally rid the world of our insane nuclear weapons and agree on concrete steps to curtail further global warming.

Amy Coney Barrett isn’t attacked because she’s Catholic. She is attacked because she’s a fundamentalist, just as political Islamists are attacked, because they are fanatics and against the freedom of those who disagree with them. All religions have their fundamentalists, their fanatics. Just look at the Jewish ones rioting in New York because they don’t want to wear masks even as COVID-19 is ravaging their neighborhoods. So yes, let’s attack her crazy fundamentalist cult BS. Of course, none of that matters to the Republicans because they are out for power and wanted to make sure to have a super-majority.

When I was in high school I made a trip to Harlem for my school paper to talk with the Black Panther Party Minister of Information on the systematic torture the Soledad Brothers were experiencing. After reading “We Are Their Voice!” (Sept.-Oct. 2020 N&L) I see that nothing has improved in four decades.

What is described in “We Are Their Voice!” and “Soledad’s Black prisoners brutalized in 3 a.m. raid report guards warned, ‘You N—ers will have COVID-19!’” is so incredible! Fear of the fires, fear of COVID-19, fear of the prison guards. Plus the “regular,” daily fears we’re facing with a loved one in prison. Not to speak of feelings the prisoners must deal with on a daily basis! 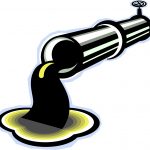 Michigan Governor Gretchen Whitmer and Attorney General Dana Nessel ordered a Canadian company, Enbridge, to shut down its oil pipeline “Line 5,” in the Great Lakes by May 2021. The 67-year old pipeline transports up to 540,000 barrels of crude oil daily. Repeated anchor strikes along Line 5 prompted an agreement several years ago between Michigan and Enbridge to replace it with a new pipeline to be encased in a concrete tunnel; however, nothing but more litigation has so far resulted. Environmental organizations are hoping that the easement for the pipeline, dating from 1953, will be voided. But opponents expressed concerns that the cost of the propane residents obtain from Line 5 will skyrocket, and that jobs will be lost in rural Michigan. Sadly, political divides may prevent all concerned from seeking solutions that benefit all parties.

← Trump’s immigrant policies challenged
Voices from the Inside Out: Damage left by Trump →
This work is licensed under a Creative Commons Attribution-ShareAlike 4.0 International License