Sisters in Hate: American Women on the Front Lines of White Nationalism, by Seyward Darby, is an important contribution towards comprehending why people join right-wing movements, and how to encourage them to leave while inoculating society against hateful and authoritarian thinking. Darby uses legal scholar Frances Lee Ansley’s definition of white supremacy: “a political, economic and cultural system in which whites overwhelmingly control power and material resources, conscious and unconscious ideas of white superiority and entitlement are widespread, and relations of white dominance and non-white subordination are daily reenacted across a broad array of institutions and social settings.” 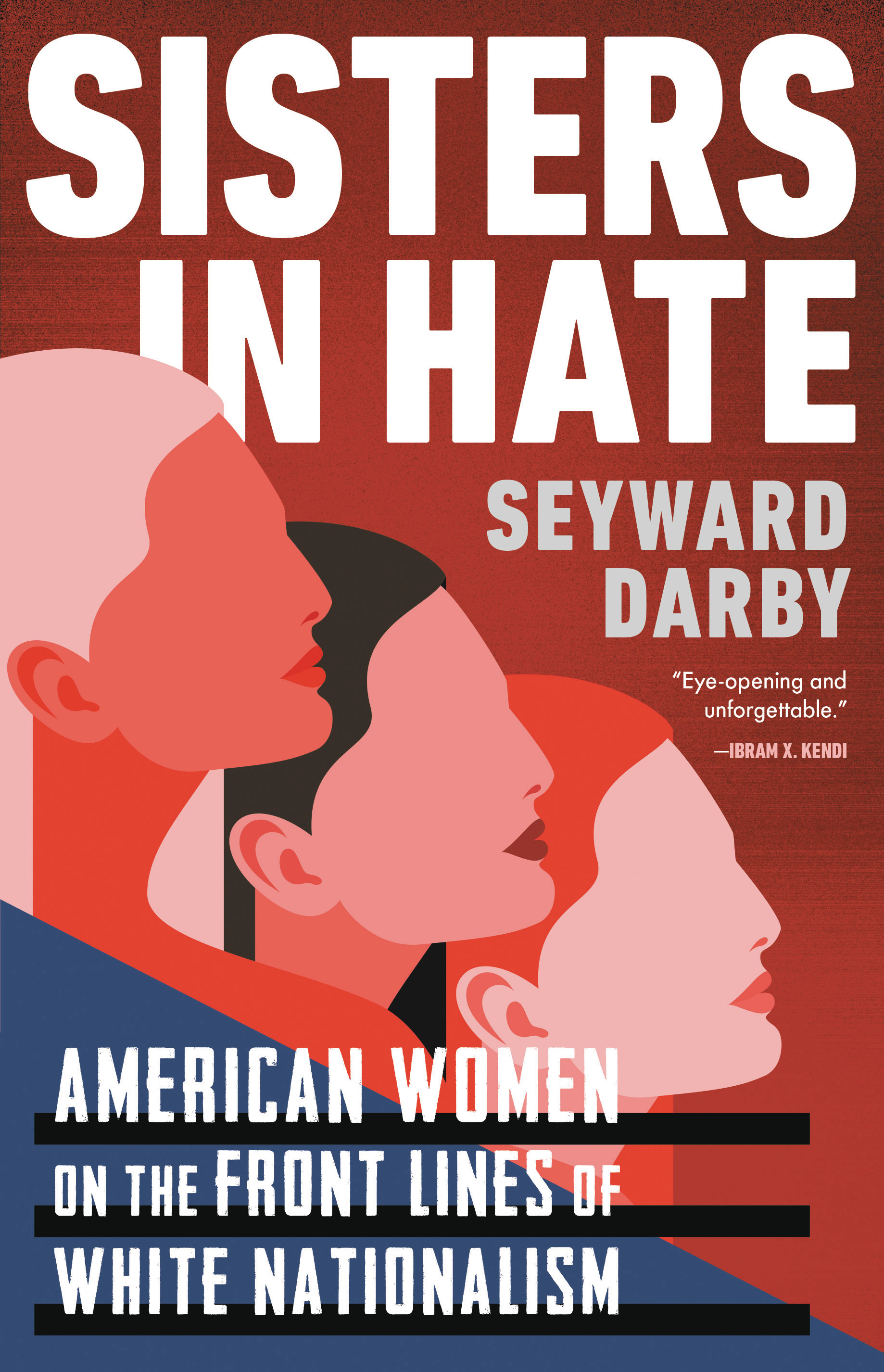 WHITE NATIONALISM IS INGRAINED IN THE U.S.

Darby explains that white nationalism, “the belief that America should remain a predominantly white country, led by white people,” is an inseparable part of U.S. authoritarian movements.

While patriarchy, misogyny, and violence are being studied for their roles drawing men into a movement promising them dominance, many women are also drawn to it. Darby describes how women historically and currently are essential to the movement’s effectiveness.

The Daughters of the Confederacy erected monuments the Left fights to remove, and they deliberately influenced school history textbooks. White women were instrumental in the survival of the Ku Klux Klan and in getting Trump elected. This is in spite of white nationalism being an authoritarian movement that is harmful to society and against women’s own interests.

Darby studied research on racism and the far right as well as reading right-wing websites and social media. She interviewed right-wing women, focusing on three leaders, and discovered involvement in the white nationalist worldview is a cult-like mindset. She emphasizes that the repugnant propaganda blaming people of color for social problems has been constantly debunked and should be considered too ridiculous to be believed.

Right-wing women even believe degrading stereotypes of themselves as naturally lacking intelligence and maturity. They believe women’s participation in society has allowed it to become “feminized” by encouraging diversity, although both are proven to enrich culture. The women interviewed became famous with blogs, podcasts, and radio and YouTube programs, speaking out for men to control women’s voices, agency, and reproduction.

SOME REALIZED THEY ‘DIDN’T NEED HATE’

Researchers identify emotional needs people attempt to fulfil by joining white nationalist groups and activism, and Darby describes how her interviewees embody this. They need to belong to a community and to feel significant, in this case in a supposed battle to save society as they believe it existed in a past golden age. They seemed to struggle to justify their adherence to the belief of white supremacism, claiming it’s not as bad as people think. Darby links this to researchers’ finding that white nationalism is not a fringe movement but rooted in the everyday racism normally considered not as extreme or harmful as violence. Women also join to feel valued but find they are only valued for reproduction.

Some interviewees discovered these inconsistencies and how authoritarian movements deflect attention from real sources of social and economic problems and anxieties. One realized, “the problem was being working class in an economic system that cared about what it got from someone like Rae, not what it could provide her.” They also described individuals offering friendship or opportunities “that made them realize they didn’t need hate.” Darby encourages everyone to get involved in anti-racist groups and activism, have “frank conversations about whiteness,” and support groups like Life After Hate helping people to leave farright groups.

Darby emphasizes the urgent importance of researching the far right, which attracts more followers seeking and finding false answers to social, economic, and environmental problems as these problems worsen. She has an important message that, little by little, people like anti-racist activists and the interviewees who exited can turn the situation around.