Charlotte, N.C.— I am a subscriber to Prison Legal News (PLN), a publication that reports on case law development and news stories pertinent to prisoners’ rights and prison conditions of confinement (see prisonlegalnews.org). PLN regularly features commentary that is critical of prison officials. 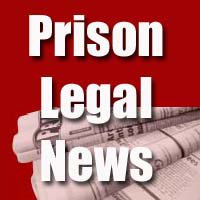 Although incarcerated individuals retain a right to speak and read ideas that are critical of those who incarcerate them, the Mecklenburg County Sheriff’s Office has decided to censor PLN due to its political and legal content. This, in my view, constitutes a frontal assault on a basic freedom that we enjoy as creatures of intelligence, that is, the ability to express and absorb ideas, even when such ideas are offensive to those in power. Any summary suppression of even unjust criticism carries with it an ominous threat of summary suppression of all criticism.

Under the relevant circumstances, the MCSO not only failed to provide either actual or constructive notice of the blanket ban of PLN, but they subsequently alleged, after the fact, that PLN contains material or “topic matter” deemed “inappropriate,” an analysis that was unfairly constrained by an intent to curtail an individual’s ability to read, study and disseminate information relative to prisoners’ rights.

Sheriff Irwin Carmichael has been made aware of the circumstances surrounding the censorship of PLN—but he has refused to take any steps to remedy the wrongdoing of the staff.

I am encouraging anyone who wishes to help me achieve a resolution of the above matter to submit a letter of complaint to Sheriff Irwin Carmichael, Mecklenburg County Sheriff’s Office, 801 E. 4th St., Charlotte, NC 28202, protesting the unlawful censorship of PLN. You may also reach me directly, at Raheem Taylor, #449889, Mecklenburg County Jail, P.O. Box 34429, Charlotte, NC 28234 for further information about this issue.

My fight with the Mecklenburg County Sheriff’s Office over the censorship of PLN will inevitably play out in the court, but outside voices have always been an indispensable part of the prisoners’ rights struggle.

← Voices From The Inside Out: Resisting Trumpism
Readers’ Views: May-June 2017 →
This work is licensed under a Creative Commons Attribution-ShareAlike 4.0 International License