As millions of young women, men, and students, immigrants, people of color, and workers invest heavily with their time and energy to improve the U.S. in various ways, Donald Trump continues on a vaunted crusade to keep his most vile campaign promises.

Among the foremost of these is stopping all immigration: bogging down migrants in rigged and stalled asylum hearings, and putting even the most vulnerable populations in jail cells instead of simply setting a court appearance bond. A key feature of “aggressive deterrence” started by Barack Obama and worsened under Trump is boastful mistreatment of pregnant women, teens, and other adults in those cells. 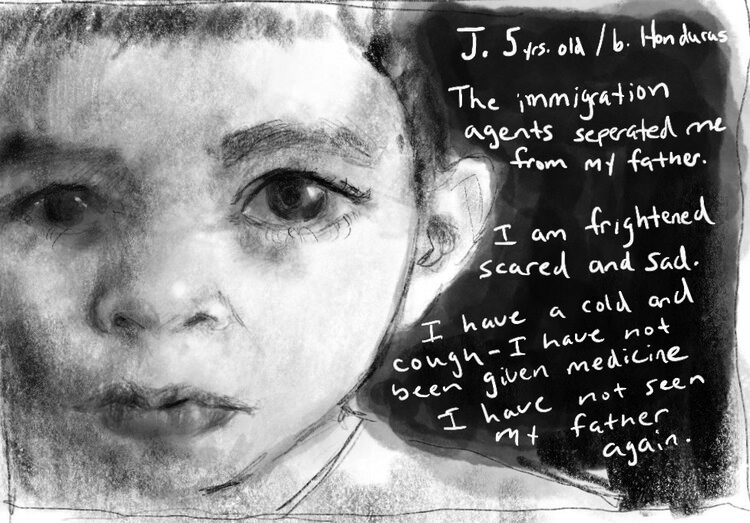 Asylum seekers at the U.S.-Mexico border are essentially being told: “Take a number.” KPBS interviewed pregnant asylum seeker Karina, who arrived in August and waited until Jan. 24. Meanwhile, she was mugged twice. When that day finally arrived, “the official said I couldn’t board the bus because I was pregnant and already eight months along.” She had to come back the following day for a new date.

Under previous administrations, pregnant women facing a U.S. immigration proceeding were rarely detained, but in December 2017, Rubia Morales was among the first women jailed under a new policy. In 2020 she sued ICE over her miscarriage suffered in a CoreCivic private jail in San Diego. After seeing a nurse on Jan. 4, 2018, she complained of progressive bleeding, but wasn’t seen again until she collapsed on Jan. 15. Documents given to the Arizona Republic show there were 28 women who miscarried in immigration custody in 2018.

ICE has not released data from 2019, and on Feb. 4 The New York Times ran an op-ed announcing the agency intended to destroy internal documents, a claim the National Archives disputed. Nevertheless, watchdog groups quickly filed Freedom Of Information Act requests to safeguard records.

A sharp contrast is ICE’s treatment of therapy notes from mandatory sessions with unaccompanied minors. The Washington Post revealed on Feb. 15 how each note is meticulously pored over and twisted against the child’s interest. “In Virginia, a 16-year-old told a shelter therapist his brother was wanted for murder. The therapist reported that the 16-year-old himself was involved in a murder, and he was transferred that same day to secure detention.” Another teen “detained for 11 months…confided to shelter staff that he wanted to die…the confession was [later] read aloud as evidence he was a danger to himself and should be deported.”

After months and years of isolation, some asylum seekers and other immigrants have maintained hunger strikes, demanding improved conditions and release. In Louisiana in 2016, three out of every four asylum seekers were released on bond. By 2018, that number was only 1 or 2 out of every 100! In March 2019, at least 25 men in Ferriday, La., went on hunger strike. One hundred more struck in August at Pine Prairie, La., in the outdoor recreation area. Guards shot at them with rubber bullets.

FIGHTING BACK WITH HUNGER STRIKES

In November, Mahad, who ran from religious persecution in India, went on a 90-day hunger strike in Jena, La., until being deported in January. Three more men in Port Isabel, Texas, continue a hunger strike they began in December.

Eight men from Central America who went on hunger strike in Adelanto, Calif. in 2017 have concluded a civil suit against private prison company GEO Group. As News & Letters reported at the time, they were attacked with pepper spray. (See “The struggle for immigrants’ rights challenges humanity, July-Aug. 2017 N&L) A video of the assault obtained through discovery is now online.

← Copper miners strike
World in view: France, Ireland, & ‘the idea of Europe’ →
This work is licensed under a Creative Commons Attribution-ShareAlike 4.0 International License