With the exit of Britain from the European Union, there has been much discussion about the “idea of Europe.” It is a significant discussion. Far Right parties, basing themselves on anti-immigrant and narrow nationalist ideas, have at the same time identified themselves with an imagined history of crusaders and colonialists. 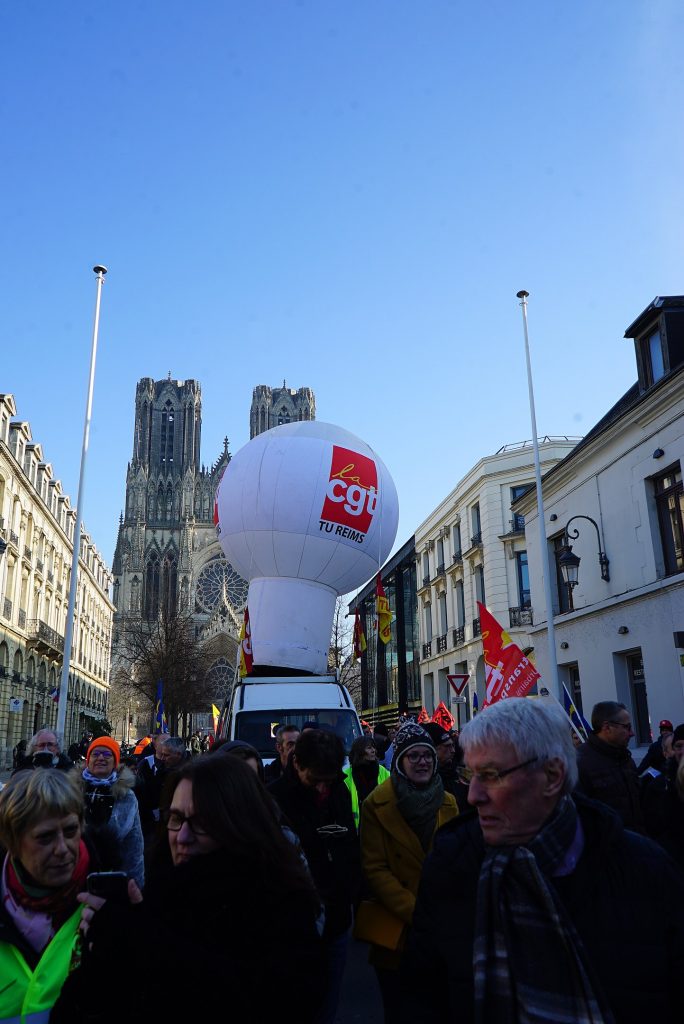 The Far Right has continued to make incremental gains in elections in Italy, Spain, Germany, and Scandinavia. Most recently Rightist Janez Jansa has been nominated as Prime Minister of Slovenia by the new ruling coalition there. His party looks forward to a European Union controlled by the Far Right.

For many, this is like watching their more liberal idea of Europe die by a thousand cuts.

The author George Steiner, who died Feb. 3, wrote recently: “It may be that the future of the ‘idea of Europe,’ if it has one, depends less on banking and agricultural subsidies, on investment in technology or common tariffs, than we are instructed to believe.”

One political figure that presents his own “Europe” is French President Emmanuel Macron, who was elected in 2017 mostly because he wasn’t neo-fascist Marine Le Pen. Since then Macron has not scrupled to use brutal violence against his fellow citizens, whether the populist Yellow Vests—dozens of them have lost hands and eyes to police attacks—or in current protests by unions against Macron’s plan to raise the age of retirement.

Macron has also begun to fantasize himself as Europe’s military leader, since France is the EU’s only remaining nuclear power (300 warheads). He is calling for a major increase in military spending. Like Charles de Gaulle, he envisions being able to deal with the U.S. and Russia on equal military terms. In fact, much of the French military is currently deployed against the French citizenry.

Macron isn’t de Gaulle—more like a schoolboy who’s read about de Gaulle—but he is close to the thought of the 19th-century con man and dictator Louis Napoleon when Macron says, “I’ve seen from inside the emptiness of our system.” It is an emptiness, a “Europe,” he would fill with his own emptiness.

The Feb. 8 elections in Ireland expressed a very different idea of Europe. For the first time, Sinn Fein led with 25% of the vote.

This is worthy of note. At the moment of European debate over the meaning of nationalism and internationalism, an unprecedented vote was given to the explicit party of revolutionary Irish nationalism. Further, this party is critical of the EU’s current politics, from the Left, but supports Ireland’s membership.

JAMES CONNOLLY WAS THERE

Sinn Fein is an explicitly Leftist party. It campaigned on rights to housing and healthcare, marriage equality, and women’s right to choose. It has explicitly opposed racism and anti-immigrant rhetoric—making it hated by the parties of the Far Right. At the same time, it has given up using the word “socialism” as an explicit goal.

A century ago, during the brutal imperialist world war, Irish revolutionary James Connolly took part in the 1916 Easter Rebellion with a vision of national liberation that was inseparable from internationalism. It is remarkable that so many Irish voters endorsed this historic legacy. It is a very different vision of Europe, and the world.

The transformation of the world, as Connolly knew, won’t be accomplished through the ballot box, including by Sinn Fein. But the battle of ideas joined by the Irish voters should be seen as the life and death struggle that it is.

← Torture of immigrants in the U.S.
Review of Joseph Daher’s ‘Syria After the Uprising’ →
This work is licensed under a Creative Commons Attribution-ShareAlike 4.0 International License