The patriarch of stolen powers
Declared spinning to be a woman’s work
So the sweet sisterhood of spiders
Spun the web of a new world.
—P. Geist

There are many reasons why women’s right to an abortion, that is, women’s right to control our own bodies, is under such ferocious attack. But what is bringing all reactionary forces together at this moment is the recognition by creatures like Donald Trump that women are the implacable enemy of emerging fascism. That has always been true, but it was renewed with a vengeance when women threw the gauntlet in Trump’s face the day after his inauguration
with their unprecedented massive marches in every U.S. state and around the world.

Women have been the backbone of every demonstration since, including the youth- and women-led March for Our Lives against gun violence and the recent—again massive—marches against Trump’s brutal policy of violently separating children from their parents at the U.S. border with no plan to return them. (See articles pp. 1, 10, 11.)

When women in the U.S. made it as clear as possible that they would oppose Trumpism with every creative fiber of our being, the war against women that Republicans had been waging for a decade escalated. Every possible avenue to bring women to our knees was and is being explored and exploited.

Gutting women’s human right to an abortion is only the slavered-over jewel in the crown of this reactionary government. It is also a way for Trump to bind abortion fanatics to him, fanatics who prattle on about the sanctity of human life while bowing down to and propping up a monster who has already caused the death of many by his expanded global gag rule, and whose environmental policies will kill many more, if not the entire planet. 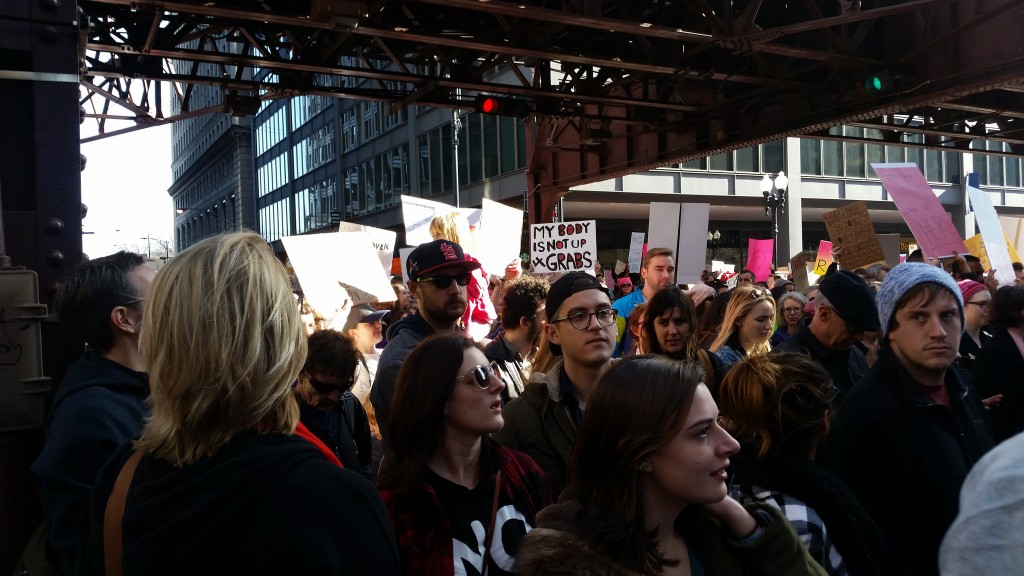 Trump’s war against women is, pointedly and deliberately, most brutally a war against poor women and women of color. Rich women may always be able to get an abortion, decent healthcare and the contraception of their choice. In this war, Trumpism is going after women’s healthcare. Trying to destroy Planned Parenthood, even those clinics that do not offer abortion, is only the tip of the iceberg. The big guns are being brought out to destroy Title X, whose
purpose was to make birth control and reproductive healthcare affordable to all.

THE PLANNED DESTRUCTION OF TITLE X

Here there is not room to enumerate all the damage planned for Title X. As the National Women’s Health Network explains, it “threatens to take away quality, affordable reproductive healthcare and information from millions of women.” Beyond banning Title X clinics from providing, talking of, or referring women for abortions—a legal right we supposedly have—it would allow “providers” to lie to women and not only by omission.

Women will now have to struggle to find the truth about contraception and abortion and will not be able to trust medical personnel. Teens would not be able to find out about birth control; sex education would be that in name only; fake clinics that outright lie to women—an abuse now sanctioned by our Supreme Court—would now reap even more government funds. The list goes on.

So misogynist is this administration—one that pretends to care about aborted fetuses—that it has opposed a resolution to encourage breast-feeding at a recent U.N. World Health Assembly, despite the fact that, according to a study in the Lancet, “universal breast-feeding would prevent 800,000 child deaths a year” globally.

We are learning how rights given to women by the Supreme Court can be taken away in the blink of an eye. That is a great argument for a revolution in permanence.