The revelations about Harvey Weinstein’s criminal raping, harassment and ruining of so many women’s lives is—after decades of abuse—finally out in the open. Actress Alyssa Milano, recognizing how banally common is women’s experience with such behavior, suggested that women who’ve experienced it post on social media #MeToo. 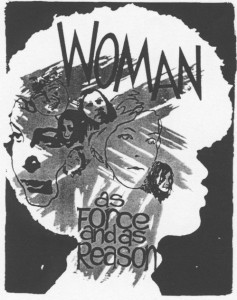 In solidarity I posted #MeToo but felt guilty as I couldn’t remember specific instances of experiencing the type of horrendous acts that the women who encountered Weinstein did. Then I did remember.

One of my feminist friends had also suppressed her experiences of abuse. As a younger woman she had a secretarial job at an urban campus. Every day—every day—professors rubbed against her at her desk and students or others harassed her when she went for lunch or walked to school or home. She always told them off, always fought back, and I was always scared for her.

Perhaps women have trouble remembering these acts of harassment, because they let us know that so many in the world consider women less than human. That Weinstein—among tens of thousands of others—got away with it for decades shows the futility of suppressing this reality. It just continues, so some other woman gets raped or harassed so severely that she quits her job, moves to a different city, or has to rearrange her life in an unwanted way.

When I was 23, I parked my car a half block from my apartment near an urban university at around 10:30 PM. In that half block a man stopped me asking for directions. When I told him I didn’t know the answer to his question, he told me he had a gun in his pocket and I should go back to my car. Terrified, I told him he could have my money and tried to give him my purse, but he kept telling me to get back to my car. In 1968 I was in the Women’s Liberation Movement and I knew I was not getting in the car with him, that I would rather chance being shot.

ABUSE IS NOT A ONE-TIME THING

He had not shown me the gun, which gave me some hope, so when we got to my car I took off running to the police station that was about three blocks away. I never looked back to see if he was chasing me. At the station I was interviewed by a young cop, who told me I had given a good description and asked if I would come in to view a suspect in a lineup. I said yes. He offered to drive me home. I was grateful, as I had no one to pick me up.

On the way home, the cop asked me out! I mumbled something about being in a relationship and started looking at the car door to make sure I could get out if I had to. I learned later that they knew who my would-be rapist was from my description, that he had raped others, but they never picked him up, never called me in to identify him.

These things are never just over. After that I wouldn’t go out at night without making sure that someone would meet me so that I didn’t have to walk alone from my car to my apartment. That meant I couldn’t always go where I wanted, do what I needed to do. I felt like I was in prison. For months I had this daydream of seeing him walking down the sidewalk and running him over with my car.

After that I never let a woman at a meeting, party, or whatever walk alone at night to her car. I would either get a group to walk with her or walk with her myself and have her drive me back to my place. Always women would tell me that they would be OK, and always I ignored what they said and walked with them.

Many things contribute to people becoming revolutionaries. That almost-rape was one of my reasons. It’s why revolution—to be a revolution—cannot be a narrow concept like only a change in leadership or some kind of economic reform or a Bernie Sanders kind of “socialism.” When millions of women worldwide can post #MeToo and relate stories like mine, like theirs, like all of Weinstein’s plethora of victims, it’s crystal clear that revolution has to be so deep and so total that all human relationships are transformed. That is the kind of revolution that is worth fighting for.

One thought on “Woman as Reason, November-December 2017: #MeToo”