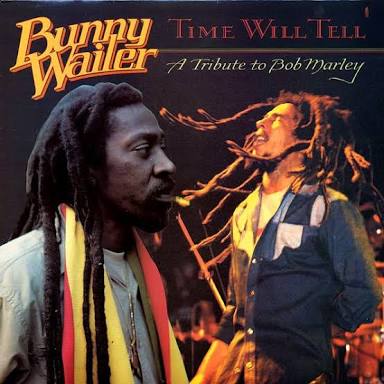 Born in 1947, as a child he made his first guitars, as he said, from bamboo, sardine tins, and discarded electrical wire. His musical inspirations included Fats Domino, Little Richard, Curtis Mayfield, and gospel music. He was also an avid reader, including of Shakespeare.

The Wailers came together in the early 1960s, when Bunny introduced his childhood friend Bob Marley to another local guitar player, Peter Tosh. Their music reflected the buoyancy of Jamaica’s 1962 independence from Britain.

VOICE HEARD ’ROUND THE WORLD

In the 1970s, the Wailers adopted Rastafarianism as their songs addressed the disappointments of postcolonial Jamaica—“Concrete Jungle,” “Burnin’ and Lootin’,” “Get Up, Stand Up.” These resonated not only in the Caribbean, but in postcolonial Africa as well.

By the mid-1970s, Bob Marley had become a worldwide star, and Tosh and Bunny left the Wailers for solo careers. At this time, too, reggae became a major influence on a new generation of British youth that was experiencing the capitalist crisis that began in 1974, and feeling their own promised futures slipping away.

For many, the rhythms of Bunny Wailer’s 1976 Blackheart Man album sounded like the beating heart of a heartless world. Spark lit from embers of a fallen empire, the influence of reggae and Black consciousness on punk rock bands like The Clash remains one of the great moments in popular culture. Nihilism lost a round.

In 2017 Wailer turned his home into a museum commemorating The Wailers’ history.