March 2017 marks the sixth anniversary of the Syrian Revolution. There is another round of “peace talks” in Geneva. The brutal war that Assad’s fascist regime and its allies, Iran and Russia, superimposed upon the peaceful protests of 2011 has grown to include much of the world—four of the five permanent members of the UN Security Council are involved, along with regional powers Saudi Arabia and NATO member Turkey, and thousands of Shi’a and Sunni jihadists.

Now that the world-historic nature of the Revolution has become apparent, many on the Left have come to recognize a sense of responsibility to it.

Even in 2012 the people of Kafranbel, Syria, knew that President Bashar al-Assad was perpetrating a genocide. How many more have been murdered since then?

THE POINT IS TO CHANGE IT…

More importantly, Syrian revolutionaries have articulated this international responsibility as a necessary step in organizing outside and beyond the aims of state powers.

As Yassin al Haj Saleh wrote recently, “In our view as Syrians, the world is a Syrian issue. Since the [2013 Ghouta massacre] chemical deal at least, the main issue is no longer Syria, it is the world. What we need is to change the world, which prevented change in Syria” (Bhashabandhan Literary Review, Jan. 21).

Likewise, in a recent talk for Upping the Anti, feminist revolutionary Kinana Issa said, “We’re talking about the entire world today. You can’t solve any of Syria’s problems just by solving a Syrian problem by itself. Especially with Trump’s rise to power. I see that as quite connected to the situation in Syria.”

…AND IT ALWAYS WAS

In this, a world-historic moment has come full circle. The Syrian Revolution began as part of a world uprising that grew from the Tunisian uprising, the Arab Spring, and included the various Occupations movements around the world.

It has been the field on which the movement for human freedom has come into sharpest conflict with all state powers, and with all entrenched reactionary interests, including religious fundamentalist forces.

In 2011, the revolutionary Left had a rare chance to make that point and serve as a catalyst and propellant for further development. It more or less completely failed. A significant part supported Assad’s regime. An even more significant part kept quiet.

Today’s outright genocide apologists include “antiwar” coalitions ANSWER, UNAC, and the UK’s Stop the War Coalition; phony “reporters” like Max Blumenthal, Rania Khalek, Vanessa Beeley, and many more, alongside their mirror images on the neo-fascist Right.

SECOND CHANCE FOR SYRIA AND THE WORLD 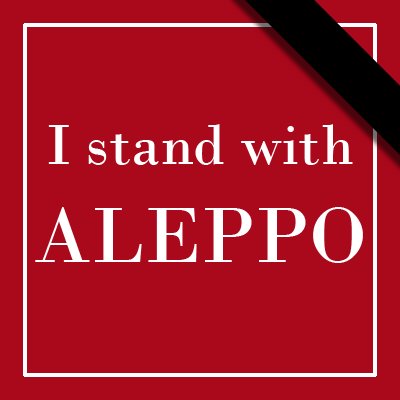 The imposition of imperialist war upon the revolution has been deadly in many respects. Whole cities have been displaced. Syrian women have played a tremendous role in uplifting human relations (see “Syrian women as force and revolutionary Reason,” Jan.-Feb. 2017 N&L), but are increasingly sidelined—and now marginalized in Geneva.

Well-armed fundamentalist forces have become oppressors. A resident of Atareb, demonstrating against them there, said, “They haven’t fought a battle against the regime. All they’ve done is kidnap people, put up checkpoints and terrorize residents. Our protest was organized by a group of residents and activists who still hold onto the idea of the revolution, the idea of freedom.”

At each opportunity people return to the streets calling for freedom, dignity, and unity. Those displaced have, whenever possible, continued to reach out to potential allies. These are 21st century revolutionaries. As the world has cheapened its illusions, from political fakery to fundamentalist nonsense, a new generation has passed beyond disillusion to the knowledge that the idea of freedom is what is most precious.

There is a second chance, now, to articulate that idea of freedom in the context of Syria and the world. It is a chance that has been made possible by the infinite suffering of the Syrian people.