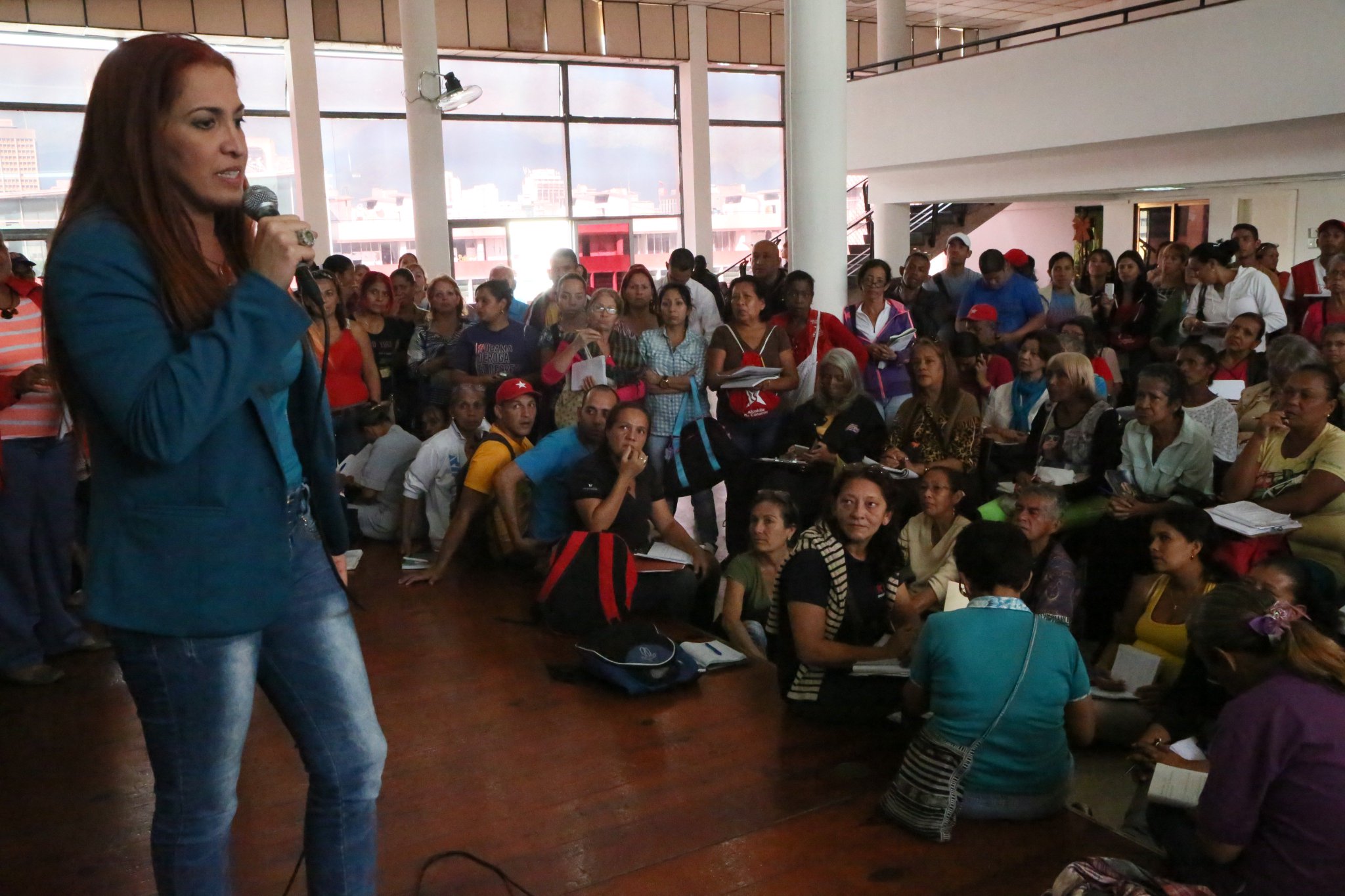 Antonieta Caporale speaking to workers and representatives at a meeting of Áreas de Salud Integral Comunitarias (ASIC) in January 2017.

Lack of principle, competing agendas, and egos led to the collapse of the opposition Democratic Unity Roundtable in October. This will give a further lease on life to the crisis-ridden United Socialist Party of Venezuela government, but will do little to help the people.

As U.S. cash had given way to Chinese cash, now Russia is loaning Venezuela’s state-run oil company needed funds—which are expected to be paid back, at the expense of social benefits, even as refineries are running at half capacity.

The social crisis has taken a toll. Earlier this year, Health Minister Antonieta Caporale was fired for releasing statistics showing the number of women dying in childbirth had increased by 65%. Children’s mortality increased 30%.

With shortages of medicine, vaccination levels have fallen. Diphtheria, a disease unseen for decades, has reappeared. In Valencia, where two people died of it recently, hundreds were left standing in line as vaccine ran out.