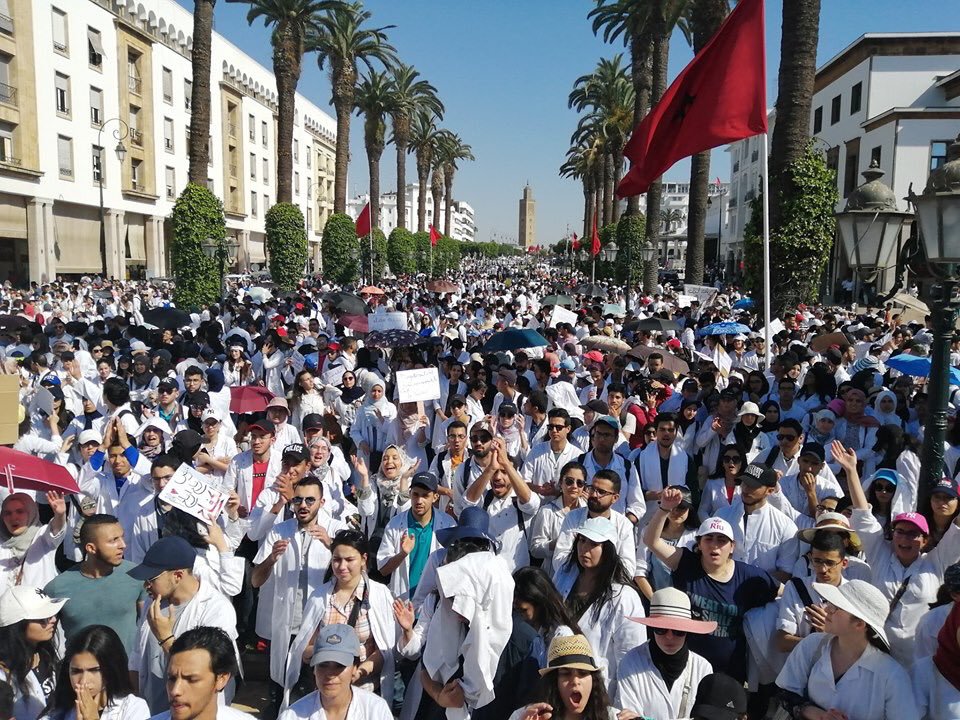 Eighteen thousand medical students in Morocco have been boycotting classes and internships over the last three months of the school year. Many of them traveled to the capital Rabat on May 30 to protest the country’s scarcity of residencies in public hospitals and also to demand the introduction of paid residencies. A national push for more doctors (partly a response to strikes of doctors protesting their own low wages) led the country to allow its first private medical schools to open in 2016, but three years later there are not enough openings for residencies. On June 10, testing rooms for final exams remained empty. Saad Mazouni, a student organizer from Marrakesh, explained to Al-Monitor that the students will take their exams only once they can ensure they will be able to proceed on a track to become doctors. “We want to return, on the condition that we have communicated our rights.”

An 11-year-old girl in Hawke’s Bay, New Zealand, tried out for the boys’ rugby team at intermediate school. Accepted as halfback, Briar Hales played as the only girl on the team. Last spring, the principals of other area schools decided to enforce a prohibition on girls for an upcoming rugby tournament on June 26. They announced that Hales’ school would not be awarded any points if she played. Hales was ready to drop out of the event, but her teammates insisted she was part of the team and asked her to play anyway, which she did.

High school senior Kaiya Yonamine is Okinawan-American. While visiting her mother’s native island over spring break, she filmed a short documentary there about a 23-year-old protest against a U.S Navy base near the town of Henoko. Upon screening her documentary at her own high school in Portland, Ore., Yonamine told Oregon Public Broadcasting: “There’s a very big media silence going on in Japan and America. One of my main goals for making this documentary is to show it to the U.S. audience, Okinawan audience, and everyone else in the world.”

← ‘All power to the people’: Needed steps in face of the sham agreement in Sudan
Lyft and Uber drivers demand their rights! →
This work is licensed under a Creative Commons Attribution-ShareAlike 4.0 International License