From the September-October 2016 issue of  News & Letters 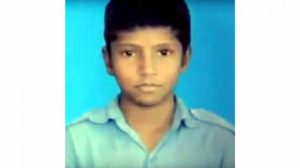 A supervisor at a textile mill in Rupganj, Bangladesh, was arrested in July after nine-year-old Sagar Barman died. His father, Ratan Barman, accused the supervisor and others of killing his son by pumping air from a compressor into his rectum because he had protested abuse. An assistant administrative officer at the Zobeda Textile Mill was taken into custody for questioning. Police said that others would be detained as the inquiry continued. About 3,000 workers work at the mill, an estimated 10% of them children. Factory workers took to the streets in protest of Sagar’s murder, demanding an end to oppression of workers and children. 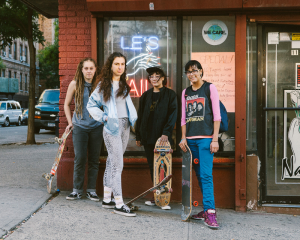 An all-women’s skateboard team, Las Brujas, is fighting against male domination of the sport, and for their communities of the South Bronx section of New York City. One of the founders, Arianna Gil noted that while male skaters think they are rebels, the real outsiders are women. Las Brujas note: “Cops have taken over the entire neighborhood, but they’re here for the people moving in, not us.” Challenging gentrification, they have testified before the City Council, protested police harassment of young people in their area and sponsored an anti-prom to celebrate LGBTQ culture. They are trying to organize a youth camp for neighborhood children. As Gil put it, “There’s so little opportunity for young people of color in terms of jobs and education that we don’t feel like a part of this city. Skating is a way to reclaim our freedom. [It] is a political act [that] allows us to question private property and reclaim all the spaces in our city that have been rezoned and redeveloped into oblivion.”

Helena High School student Kaitlyn Juvik was summoned by the vice principal on May 25 and told she was being suspended for not wearing a bra, as she had done all year. In response, several hundred classmates carried out their solidarity. Several boys put bras on over their shirts. Kaitlyn responded by organizing her classmates and by helping a friend set up a Facebook page: “No Bra, No Problem.” Kaitlyn said that it is time for young women to take a stand and start a national discussion about “the body shaming and sexualizing of women.” On May 27 about 300 female Helena High students went to school braless in protest, and several male students wore bras.

Three Hong Kong activists were sentenced on July 24 for their involvement in a huge demonstration of students two years ago. The 70 days of protests and occupations they helped engender demanded freer elections in Hong Kong. Joshua Wong, now 19, was convicted of unlawful assembly and sentenced to 80 hours of community service. For “inciting” people to participate in the actions, Nathan Law, 23, was sentenced to 120 hours of community service. Alex Chow, 25, received a three-week jail term with a one-year suspension. “It is a long-term battle for us,” Wong said.

← Nuclear waste traveling to your neighborhood
Voices from the inside out: Wisconsin prisoner hunger strike →
This work is licensed under a Creative Commons Attribution-ShareAlike 4.0 International License