The raging attack on abortion rights is an attack on freedom. The anti-abortion mob would force women to have babies they do not want or feel they cannot have, especially poor women and women of color—those who have the fewest options in our pretend democracy. Yet the only ones speaking and fighting against the anguish that will be unleashed are women. Outlawing abortion will certainly lead to death, if not outright from back-alley abortion, then from doctors waiting for a fetus’ dishonestly named “heartbeat” to cease while a woman in a health emergency sickens and dies—her actual heartbeat held hostage to a group of cells no larger than the end of a finger. 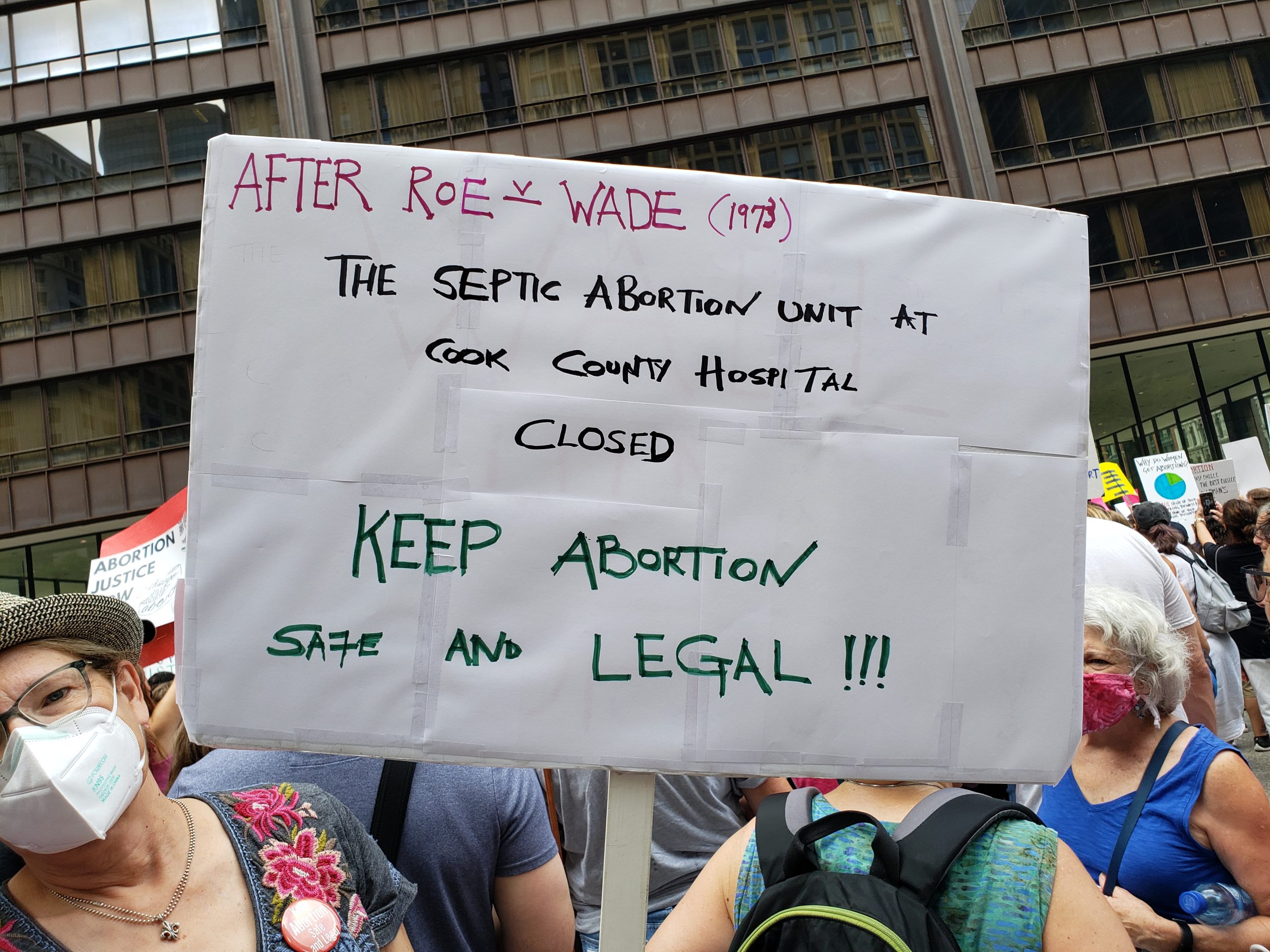 While many women tie their hopes of saving abortion rights—which is a “right” even now for fewer and fewer women—to the Democratic Party, no one has held Democrats’ feet to the fire. Cowards that they are, neither Barack Obama nor Joe Biden, or for that matter Kamala Harris, have used their bully pulpit to tell the truth about what will happen to women when—and who is kidding themselves these days by saying “if”—Roe v. Wade is trashed.

They should be shouting about what happened to 31-year-old Savita Halappanavar who died of septicemia after being denied an abortion during a miscarriage in Ireland; of what happens to women in El Salvador—especially peasant women—who are unfortunate enough to have a spontaneous miscarriage and are falsely accused of abortion and jailed for the next 30 years. (Approximately 10% to 20% percent of pregnancies end in a miscarriage.) They should denounce the lies being spewed by Trump’s Supreme Court, two of whose members are sexual predators.

Pundits and politicians are only arguing about how anti-abortion politics will impact who may be elected in the future. While the media, instead of wasting space in endless opining about the Supreme Court’s legitimacy, should accept the fact that they now have none and get on with telling the world how many women died and were maimed before abortion became legal in the U.S.; and how many U.S. women now are being jailed for spontaneous miscarriages or for taking prescription medication while pregnant.

And while we’re at it, let’s stop lying that any of this has to do with concern for women—the biggest lie of all. It has to do with punishing and controlling women, with getting even with a women’s movement that transformed our reality, that dared to challenge men’s control not only of women’s lives but of the world.

Trashing women is an extremely popular thing to do while you’re on the way to creating fascism. Is your country’s economy tanking? Are your people dying by the hundreds of thousands in a pandemic you bungled from the beginning? Is pollution killing your population; fires burning your forests and rivers and lakes overflowing and flooding communities? Are you involved in an unpopular war? What can you do that won’t cost you a thing? Go after women’s right to abortion, to birth control; take your country’s signature off UN resolutions to end violence against women; rescind the law that made it illegal for a man to rape his wife while joking about how some women are so ugly that you wouldn’t even rape them; start a campaign to guilt women into having more children because your population is dropping and make it extremely difficult for them not to have children if they get pregnant. These actions will win you a fanatical loyal base who will also be racist and hate immigrants and LGBTQI+ people.

Women keep asking ourselves: Why do I have to keep fighting the same fight? At least part of the answer is that the attack on women—just as the attacks on Black people and immigrants—is central to the task of undermining democracy and saving a decrepit, unworkable, exploitative, racist-patriarchal capitalism. And it seems to be working for the fascists very well.

← Philosophic Essay: Marx’s demystified dialectic and the “new society”
DISCUSSION ARTICLE: Was Marx a materialist? →
This work is licensed under a Creative Commons Attribution-ShareAlike 4.0 International License