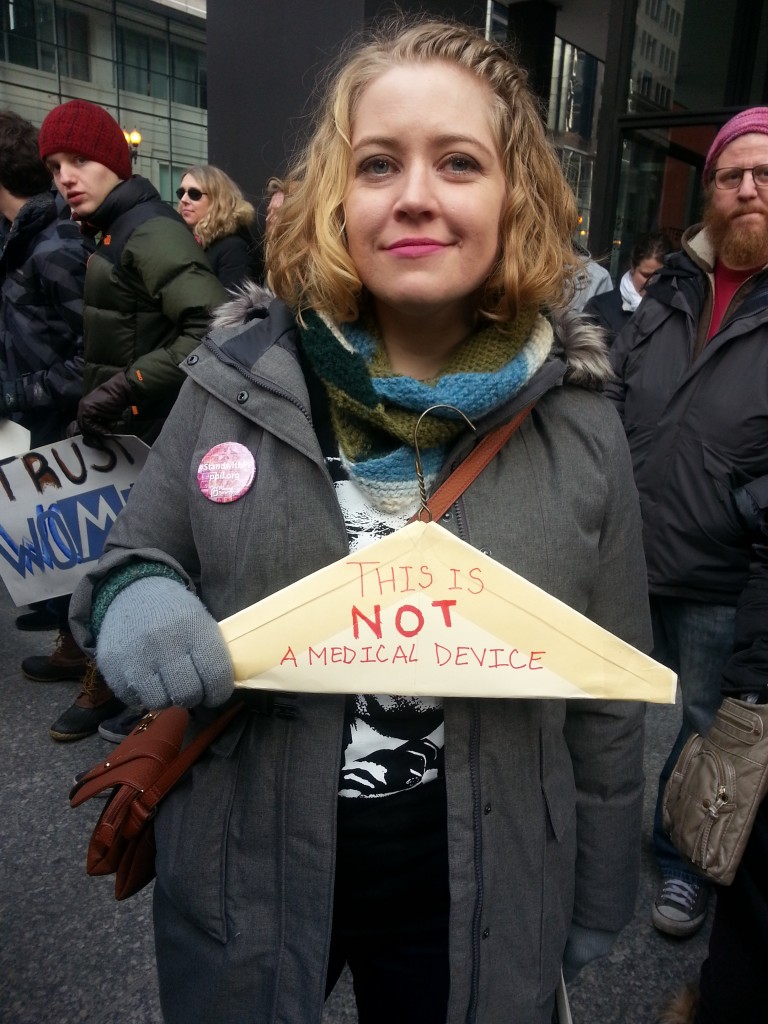 From the January 15, 2017, protest against the anti-abortion March for Lies. Photo: Terry Moon for News & Letters.

Chicago—The election of misogynist Donald Trump for U.S. president made all the difference as over 500 angry women and men gathered downtown to counter the well-funded fanatical anti-abortion so-called “March for Life” (read March for Lies). We came out in such numbers because there was a stark realization that a right we had taken for granted might be snatched away.

Unlike other years, most women came to the rally by themselves or with a few friends rather than with a women’s group or a left organization. As one woman told News & Letters: “While two months ago we thought that losing abortion rights will never happen; these rights are inalienable, we fought so hard for them. Who could ever take them away? We’ve been rebuffed in that belief and it’s time to get our feet on the ground.”

Echoing her, another young woman said: “I’m passionate about people having choices to end pregnancies. When I went through an unplanned pregnancy, I had the choices and I had access and was able to make decisions for myself. It just terrifies me that some people don’t and that’s the direction this country is headed.”

What this demonstration made crystal clear is the determination women have to take—and keep—control of our bodies and thus our lives. We’re up for the fight.

← Justice still denied for Stephon Watts
Handicap This!: January-February 2017 →
This work is licensed under a Creative Commons Attribution-ShareAlike 4.0 International License