Chicago—On Feb. 1, 2012, Stephon Watts, a 15-year-old African-American autistic boy, was shot dead by police officers in the basement of his home in Calumet City, Ill. His parents had called the police, as they had at least ten times before when Stephon’s condition left him inconsolably angry and violent. He was a teen with the emotional turmoil experienced by all teens, but he was limited in his ability to cope with puberty. 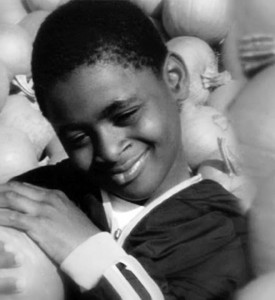 The particular officers who arrived that day had been informed about Stephon’s autism, and were trained to handle people with disabilities. Yet officers Hynek and Coffey acted with deadly force. They ended their annoyance at being repeatedly called to the scene with an extra-judicial execution.

Former Cook County prosecutor Anita Alvarez declined to bring charges against the officers. She was voted out of office in the 2016 election, but that may not be enough to stop this particular abuse of authority from occurring again. Denied justice in criminal court, Stephon’s mother took their case to civil court.

Despite evidence uncovered in the case that the police may have planted a knife to bolster their indefensible murder of Stephon, the Circuit Court found that the police were immune to lawsuits! That decision was appealed, and in July 2016 the Appellate Court of Illinois unanimously upheld Circuit Judge Brewer’s decision to allow the institutional murder of people with disabilities by police officers who are annoyed with their jobs. Because Stephon Watts was also a person of color, Black Lives Matter added his name to the long list of people of color murdered by the police.

Our society could respond by creating special service officers trained in social work and crisis prevention, and some communities have done that. But today giving police officers the power to murder people under the color of law seems to be the judicial norm. It is something we must change with direct action, because the law does not offer recourse.

Direct action is needed to “un-normalize” fascist and undemocratic and illegal practices by individuals and institutions.