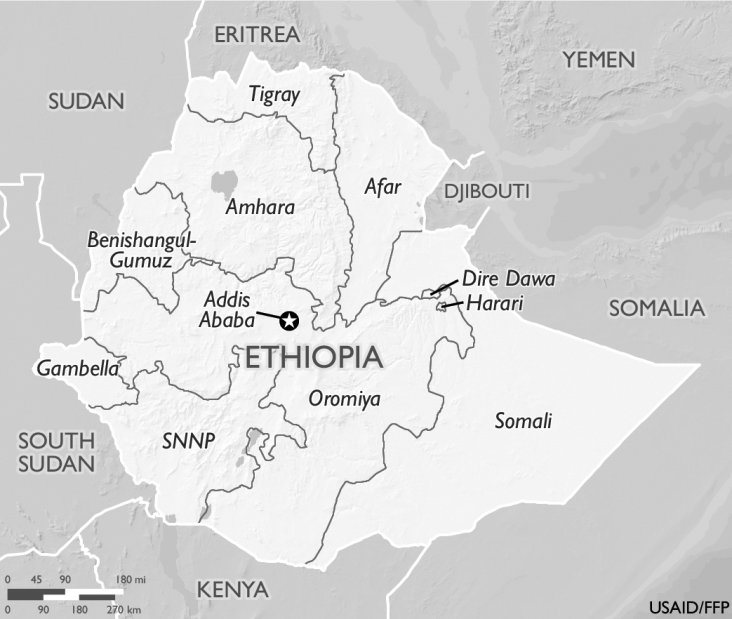 The tension between the federal government, headed by Prime Minister Abiy Ahmed, and Ethiopia’s most northern province, Tigray, headed by the Tigray People’s Liberation Front (TPLF), has broken out into armed conflict. Hundreds have already died in Tigray, possibly including civilian massacres, and more than 25,000 Tigrayans have fled to Sudan. Airstrikes and artillery barrages continue, with no cease-fire in sight.

The plunge toward civil war has been two years in the making. Abiy Ahmed’s popular election in 2018 changed the situation both for Tigray, a region with 6% of Ethiopia’s population, and for the country as a whole, whose population of 110 million is the second largest in Africa.

Previously, Tigray leaders had headed a coalition, the Ethiopian People’s Revolutionary Democratic Front, that had led Ethiopia for almost three decades. In those decades Ethiopia came close to becoming a single-party state. Development occurred, but with single-party indoctrination and wholesale spying, and any opposition was repressed. Ethiopia’s regions, representing various ethnic groups, were held together by a highly authoritarian regime in which Tigray’s leader played the principal part.

Hundreds were killed in protests in the populous Oromia region and elsewhere. “If you suffocate people and they don’t have any other options but to protest, it breaks out. The whole youth is protesting. A generation is protesting,” remarked an Ethiopian university lecturer.

Those popular protests brought Abiy to power in new elections, with the TPLF refusing to participate in a coalition government. Tigray’s army had fought Eritrea, which lies on its border. A long stand-off followed. When Abiy came to power and negotiated a peace agreement with Eritrea, the Tigrayans were more excluded from power. But they kept their own large standing army.

The New York Times reported: “Mr. Abiy has said that he wants to unify the country by increasing the federal government’s power and minimizing the autonomy of the regional governments. But Tigray has openly resisted, and other regions and ethnic groups are uneasy with Mr. Abiy’s centralization push.”

Now war has broken out. It remains to be seen whether it will become a full-blown civil war, and possibly engulf other countries of the region.