From the May-June issue of News & Letters

March 11 was the sixth anniversary of the Tohoku earthquake and tsunami that rocked Fukushima Prefecture. The Tokyo Electric Power Company owned eight nuclear reactors on the beach, four of which, named Daiichi (“First”), were deeply affected in spite of the heroic efforts of the station crew and chief, Masao Yoshida, who died of esophageal cancer at the age of 58 two years after the catastrophe. 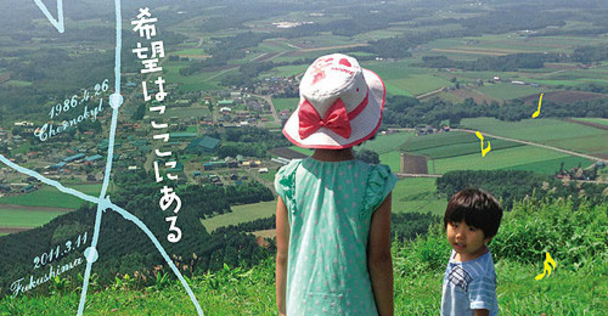 The explosions at Fukushima melted the cores of the reactors and projected many cubic meters of steam and hydrogen gas, contaminated with “hot” isotopes into the atmosphere, giving the world its first installment of Japan’s catastrophe.

As time passes the world’s allotment of background radiation becomes larger and larger. The film “Little Voices of Fukushima” documents the journeys of children who are sent away to spend time in foreign lands to detoxify their bodies; and then they must return. For U.S. children, in the book Silence Deafening, Kimberly Roberson tells us “strontium 90 has been detected in the U.S. milk supply, as well as other radioisotopes linked directly to Fukushima.”

Fukushima has caused uncontrollable groundwater runoff into the Pacific Ocean. Fukushima Prefecture is 70% forest, fed by clear mountain streams; but now it contains unmapped radioactive hotspots. The groundwater is likely flowing through three lumps of corium that probably have melted through the bottom of their containment vessels and are somewhere in the earth.

The Russians found out what happened to that portion of the reactor fuel that was not ejected two years after Chernobyl exploded. By contrast, the three corium melts from Fukushima have not been found in six years. The Fukushima coriums are so radioactive that robots can only “survive” near them for a few minutes.

Six years in, we have seen “the failure of the ice wall containment; the ever growing contaminated water tank farms; [acres of stacked plastic bags filled with solid radioactive waste]; confirmation of three complete core melts; and finally, the daily flow of 400 tons of radioactive water into the Pacific Ocean” (Nuclear Energy Information Service).

In an open-secret non-coverup, the Japanese government moved the acceptable limit for civilian radiation exposure to 20mSv/year from 2mSV/year.

As pro-nuclear power people will tell us, we have always been surrounded by radiation, and it has always caused damage to our bodies. However, the damage is proportional to the amount of radiation. As Cindy Folkers of Beyond Nuclear can demonstrate, the damage to chromosomes is proportional to the amount of radiation received. In fact, looking at a person’s chromosomes has become a way of measuring the received dose.

There are terrifying speculations about what happens next in Fukushima. The Daiichi structures are rickety. If another earthquake brings them down, the result could be a nuclear explosion. If that happens, according to Dr. Shuzo Takemoto, there goes Tokyo! Also, as the corium wends its way to bedrock, there might be enough reflection of neutrons back into the radioactive mass to cause an explosion. Radioactive isotopes have to be ailing the oceans, but our seas have so many problems from Climate Change it’s hard to pinpoint a particular trouble.

FUKUSHIMA IS A WORLD PROBLEM

The man whose cool command saved Fukushia Daini (“Second”), Naohiro Masuda, is now in charge of decommissioning Daiichi. But he admits, TEPCO doesn’t know how to decommission Daiichi. Does anyone? I think not!

That’s why the Nuclear Energy Information Service of Chicago has been circulating a postcard to Shinzō Abe pleading with him to open up Fukushima to the international community. To quote from the card: “Fukushima is a WORLD catastrophe that requires the WORLD’s intervention.” . . . “Water is Life”. . . “Japan must consider asking the United Nations to create an international intervention team for continued efforts to stop the Fukushima catastrophe, and contamination of the Pacific and Japan.” If you would like to circulate these cards, contact neis@neis.org. Return them to NEIS, 3411 W Diversey, Chicago IL 60647 for individual stamps and mailing.