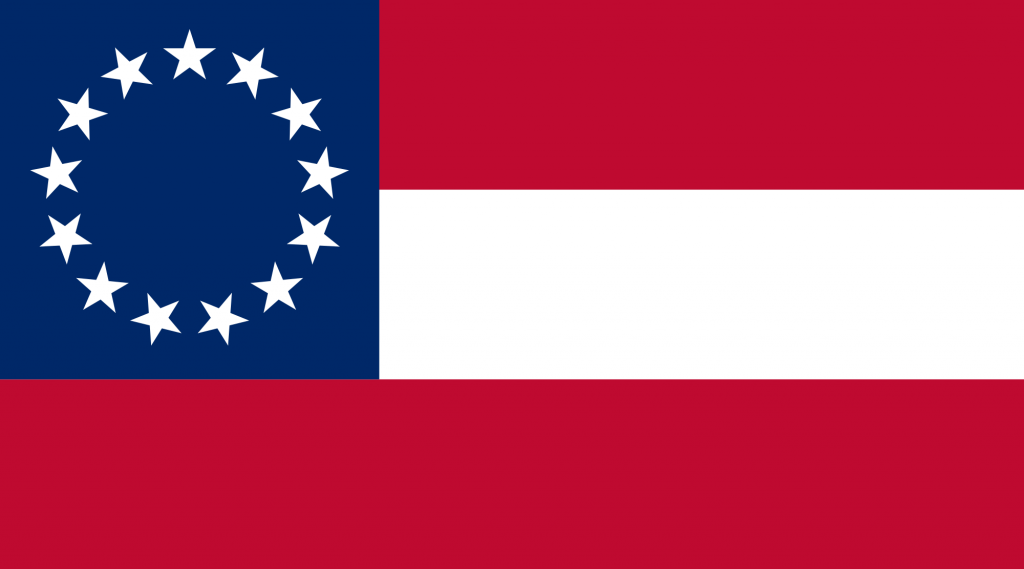 The Stars and Bars Confederate flag.

We can celebrate that the State of Georgia has elected two Democrats to the Senate, breaking the Republican stranglehold on federal legislation and showing that a last bastion of the old South is beginning to change. Things aren’t there yet, though.

One reactionary leftover, hiding in plain sight for years, is the Georgia state flag which is a full-blown Stars and Bars Confederate flag except for the Coat of Arms of Georgia inside the circle of 13 stars in the upper corner.

It was made the official flag under 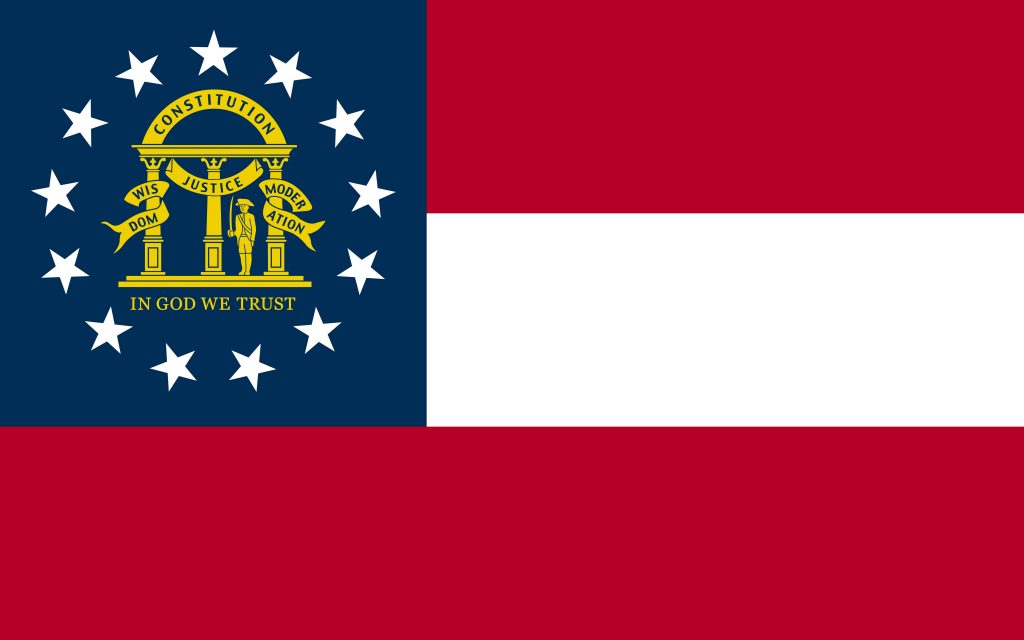 The flag of the State of Georgia even today.

Governor Sonny Perdue in 2003, and he knew exactly what he was doing. It is urgent that this flag be acknowledged for what it is and removed and that liberals and progressives know their history better and not be so easily fooled.

Georgia has a lot of other problems. It has the lowest minimum wage in the nation, just $5.15 an hour, and its Workers Compensation system has been stripped bare, so much so that it has created life-threatening situations for thousands of injured workers.

Georgia has also recently done poorly by failing to take protective measures against the COVID-19 epidemic. Cherokee County in the northwest of the state has been in the news worldwide for the flouting of basic safety.

Flag of the Eurasian nation of Georgia carried into the Capitol on Jan. 6 by a coup invader—presumably bad at Googling.

In the Nov. 3 election and in the runoff,  we witnessed some of the worst instances of voter suppression in over 50 years in Georgia. There have been several recent racist police killings.

While statues of Robert E. Lee and other Confederate and KKK figures have been removed across the South, the Stone Mountain Monument still stands in Georgia. This carving into Stone Mountain of monumental figures of Lee, Confederate President Jefferson Davis and Stonewall Jackson was carved during the revival of the Ku Klux Klan by Gutzon Borglum, who erected the busts of the Presidents into Mount Rushmore. As long as the Stone Mountain Monument stands, it remains a nuisance that attracts diehard segregationists from Georgia and around the country.