Oakland, Calif.—Various prisoner support organizations gathered before an Alameda County Board of Supervisors Public Safety Committee hearing on jails and detention centers in November. What made this demonstration and intervention in the hearing special was that it became an airing of ideas in the movement confronting the whole justice system.

Dozens of people took the floor to testify about conditions in the jail, sometimes from first–hand experiences, sometimes as reported by loved ones inside.

A Black woman related her ordeal after she was arrested. Even though she stated at the outset that she had a medical condition, she was not allowed her medications nor any food for more than the 24 hours she was in custody. She reminded the commissioners that she was not a convicted criminal, she was just arrested and her guilt was not established. In fact all charges against her were dismissed. 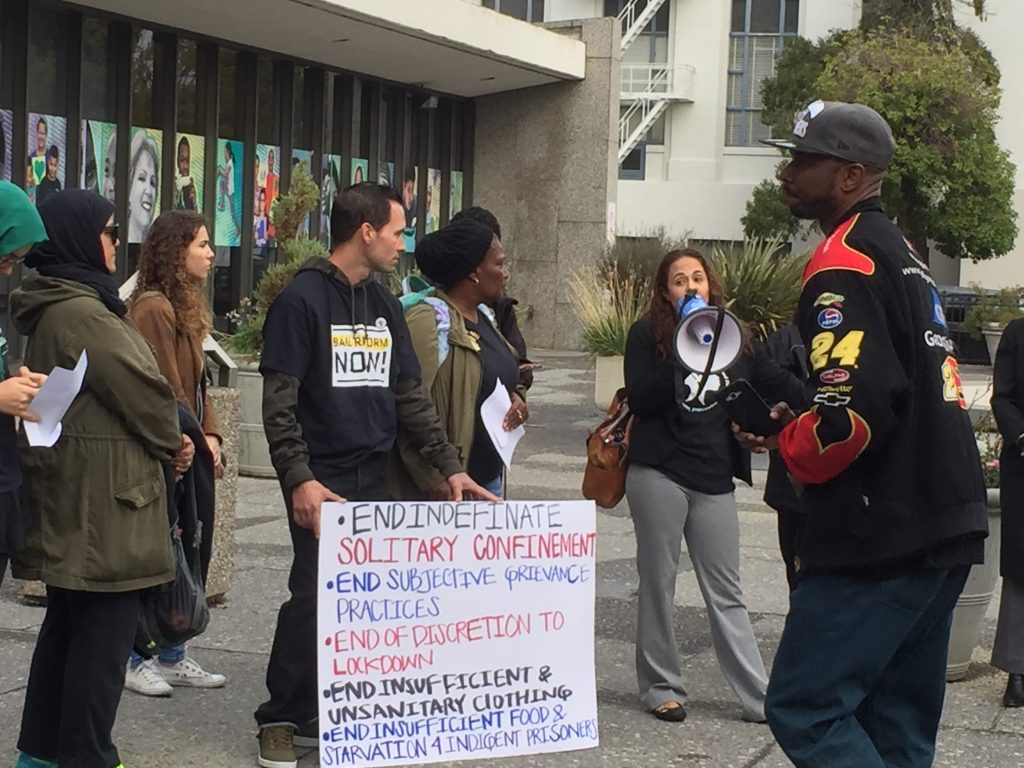 Others spoke to the prisoners’ specific demands. For example, solitary confinement does not rehabilitate people; it is designed to break them.

Our communities are not safer; they are endangered not only by people broken by abuse, but also by abusers. Abusers often lose their humanity “doing their job” of torturing prisoners. People there insisted that board members need to hear from prisoners themselves, not just from jailers or even concerned community members.

The prisoners’ demands are real and concrete. Unfortunately, some activists consider concrete as the opposite of “ideal.” The “ideal” may be prison abolition, but the practical and concrete is advocating for prison reform. What makes prisoners’ demands aspects of the same struggle is their spirit. The spirit of the hunger strike, for example, was a cry for recognition that prisoners are human beings. It echoed the Pelican Bay hunger strikes of 2011–13.

Those strikes won a change in California’s state prisons: prisoners can no longer be placed in indeterminate solitary confinement based on guards’ “validation” of them as gang members. (See Pelican Bay Hunger Strikers: ‘We want to be validated as human’).

That underlying humanist spirit keeps reappearing, both in state prisoners’ ongoing struggles and in other states and other prisons.

Will the self-expansion of what it means to be human through new human relations become recognized as concrete as it is in its expression in the prisoners’ demands? Being validated as human is in constant movement, and it keeps re-emerging in ever new forms: in opposition to punishment of HIV-positive women in Chowchilla in the 1990s, in opposition to racial gang validation at Pelican Bay in 2011, in opposition to narrow nationalisms all over the world now. The prisoners’ actions have added a new dimension to the reach for a new humanism.

One thought on “(In)justice system confronted”