A revolt of agricultural workers in San Quintín, Baja California, burst out into the open in March 2015. Workers demanded a 200 peso ($16) daily salary, improved working conditions, and the right to create their own independent union. They were conscious of their own exploitation: “I know strawberries and blueberries are the most expensive fruits…A box was sold for 350 pesos while we were paid 14 pesos.”

They took their protest to Mexico City several times this past year, speaking about the universal character of their struggle: “I believe that this movement of jornaleros (day laborers) is a movement of all workers, both national and international.”

In the 1990s they fought for a place to live that was not attached to the working area, as well as for schools for their children. Their history of struggle is rich, and in it the women—as mothers, wives and workers—have played a key revolutionary role.

In December 2015, workers’ protests exploded simultaneously in four multinational companies in Ciudad Juárez, Chihuahua. After being unfairly fired, the workers, a majority of them women, demanded their jobs back and the overtime, vacation and social security payments the companies owed them.

They organized themselves to maintain a plantón (occupation) outside the factories, asking for support. They also traveled to Mexico City, addressing other workers: “I believe that Ciudad Juárez is the worst-paid place in Mexico. It’s not fair. We work for the Americans, where they pay in dollars. Besides, we don’t have a union to defend ourselves…Why does the government allow this if it is us, the workers, who make Ciudad Juárez develop with our labor?” As in San Quintín, the participation of women proved crucial.

To these two struggles we should add the almost 30-year struggle of teachers from the National Coordination of Educational Workers (CNTE). Since its separation from the official union in 1989, the CNTE has been trying to construct a democratic organization, eliciting the thoughts and ideas from rank-and-file teachers.

In 2013, the state began pushing a so-called “educational reform.” CNTE has been speaking and struggling against it, since that “reform” is really a labor or worker discipline that seeks to ignore teachers’ rights and turn them into a cheaper, easier to displace labor force. The resistance of the CNTE is the struggle of all workers against “modern” labor laws. It is no surprise that the government has responded with extreme repression and imprisonments.

There are many resistance movements taking place, especially in the central region of the country. Workers are demonstrating after being unfairly fired, either by private or state companies, and struggle to be paid or to get their jobs back. As well, there are groups of informal workers or unemployed fighting for the right to work without being harassed by the police. Most of these movements are majority women.

All these struggles are a clear indication of workers’ resistance against the attack of capital and its state, which want to make labor cheaper and cheaper in the search for more and more profits. The workers’ actions—demonstrations, strikes, plantones, etc.—trying to put a limit on the greed of capital, are the sharpest practical/theoretical critique of this system.

At the same time, they pose implicitly the urge for a new kind of work, one in which the worker is not a mere means to produce gains for capital. Rather, workers are demanding that work become “the first necessity of life,” “a free self-activity.” In that sense, their struggles are not just a negation of capital, but the first step in overcoming its very being.

In other words, there is a positive arising from the workers’ resistance. In its fullest expression, this positive is the idea and the actions toward the construction of a new society, based on truly human foundations.

How can we concretize the positive—this authentic philosophy of human liberation, already implicit in workers’ thoughts and actions—to its fullest? What is our responsibility as collectives and organizations of activist-thinkers in the face of all these social movements taking place from below? 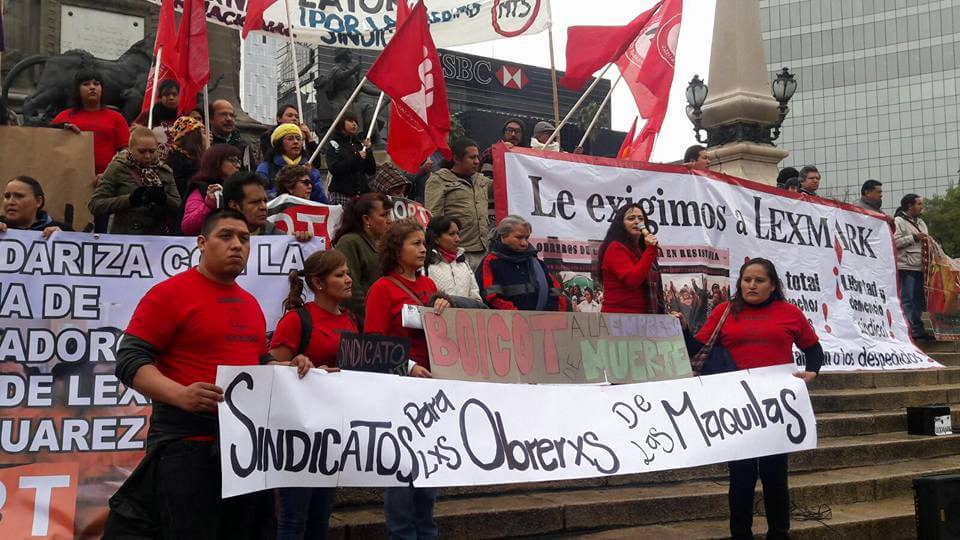