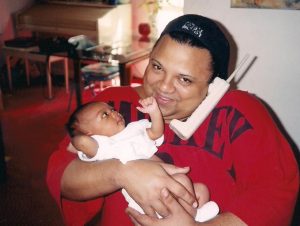 Editor’s note: Families of prisoners who were declared suicides at California Institution for Women (CIW) continue to speak out. Their efforts resulted in a “retirement” of the CIW warden and now a legislative audit of all California prisons’ suicide prevention procedures. Below we print the testimony of Sheri Graves and the sister of Kayla Moore. (See “Women prisoners: ‘Shout Their Names’” Jan.-Feb. 2017, for more testimony.)

Sheri Graves: I am here because Shaylene was found dead in her cell at CIW on June 1. My daughter served eight years, starting at age 19. The total amount of money they got from all the robberies was $400. She did eight years for that! She had never been in trouble before, was 10 credits from graduating from high school. Her release date was July 27.

I talked to her on May 30, talking about coming home in six weeks. She was asking what kind of cell phone would we get for her, what clothes will you bring for me? Two days later I get a call from CIW that my daughter had died in custody at 3:00 AM. I was devastated. We got no answers, no information. I had to find the coroner who had her body, and it took three weeks before I could even get the body.

Sheri Graves read from the letter she wrote to the Los Angeles Sentinel which ends: “A year ago, Shaylene wrote a business plan for her future not-for-profit organization called ‘Out of the Blue,’ a resource for newly released inmates, offering the services she learned—transitional support and empowerment coaching…. “The prison system failed my daughter. The prison system failed her son, Artistlee.

The prison system failed our family, her friends and everyone she would have blessed with her vision for her organization.  “Most of all, the prison system had failed to protect her life. She lost her right to freedom in order to pay her debt to society. But, she wasn’t supposed to lose her right to life and protection while incarcerated.”

Kayla Moore’s sister: Kayla Moore was Black, Transgender, and mentally ill. But she was also the person you’d gravitate to. She was the scariest, outgoing, fun, bubbly. She loved to talk. When her schizophrenia became more apparent, you still liked her. She loved to write, was a published poet. She had style.

The night they murdered her [Feb. 12, 2013] she was in her home, cooking dinner with friends. Her roommate was there, as was her caregiver. Her roommate noticed she was a little off, maybe off her medication, but she was not a danger to herself or others. Her roommate did the only thing that was possible, he called the police. The police knew who she was; they had been to her apartment before.

The first thing they did was to run a warrant check on the person who made the call and on Kayla. When they found an old warrant, which was not even for Kayla, they decided to arrest her. She was surprised and turned to make a phone call to straighten things out. The officer grabbed her. She was terrified. When you are Transgender that is the worst place to go. You will be traumatized, brutalized again. She pulled back and fell. Five or six officers tried to put her in a “wrap” device. She was a big girl, 355 lbs. After two minutes in the device they finally checked on her and realized she had stopped breathing. They started chest compressions, but not one of them would do the life-saving breath.

The police did everything they could to block the release of the incident report or the coroner’s report. One of the things that stood out to me was one of the officers looking at her body said, “What is it? A he or a she?” She is not an “it”! She was someone’s child, someone’s sister, and she was dead.

Right now, our only option to get justice is to file a civil lawsuit in federal court.

← ‘The Disappearing L’
Chicago, NYC rally for Transgender students →
This work is licensed under a Creative Commons Attribution-ShareAlike 4.0 International License