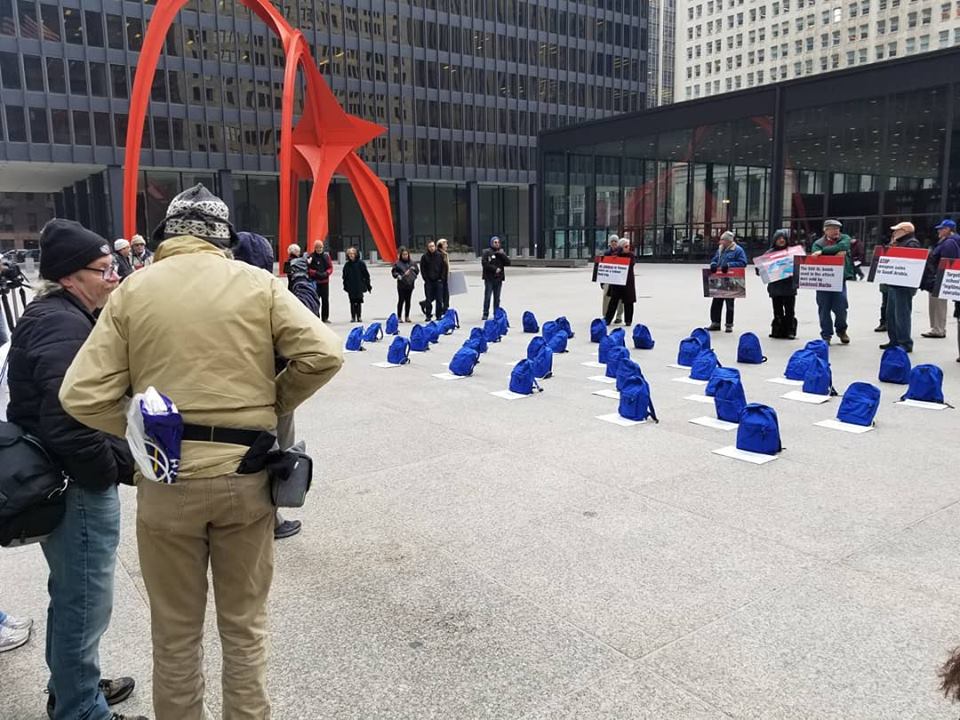 Rally in Chicago, Nov. 30, 2018, calling for end to war in Yemen, including U.S.-supported Saudi military campaign, bombing, and sieges. The 44 blue backpacks represent children killed on Aug. 9 when the Saudi coalition dropped a U.S.-supplied bomb on a school bus packed with children. Of the 54 killed, 44 were children, most between 6 and 11. Many of the children were wearing blue Unicef backpacks. Photo by Franklin Dmitryev for News & Letters.