Predictably, some reviewers of 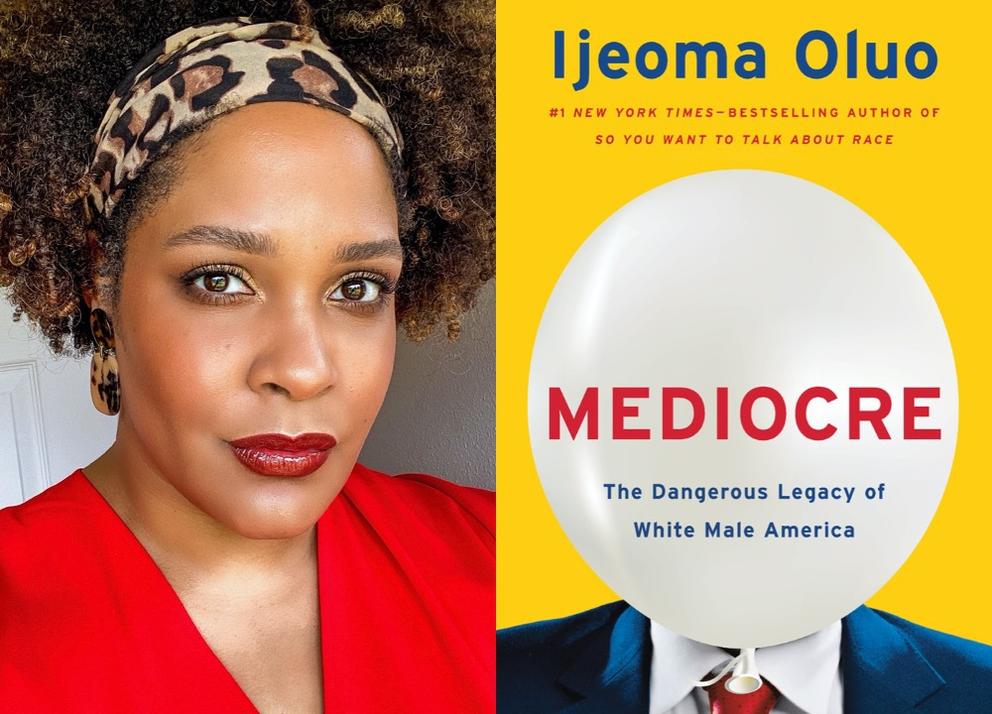 a timely book by Ijeoma Oluo, Mediocre: The dangerous Legacy of white Male America, have accused her of saying all white males are mediocre. In reality, she discusses the serious damage caused when we expect white men to have all the leadership roles in a society. The damage is not only to women and people of color whose voices are not heard, and to society, which loses their input, but to white men themselves.

The stereotypes of whiteness and maleness are associated with positive traits like rationality, competence and success. But to exist, these need opposite stereotypes for blackness and femaleness. Since white males are often given jobs and leadership roles because people believe in these stereotypes, it is not necessary for them to strive for success, develop their talents, or even be competent. Some of these stereotypical traits, such as aggressiveness, are actually counterproductive for leadership roles.

This has damaged governments and workplaces, which benefit from teamwork and diversity. The notion that strength means always being right and never showing supposed weakness leads to an inability to learn from mistakes or from other people. It also leads to the contradictory but commonly held notion that white males are too “fragile” to handle rapid social progress so Leftist activists should make slower changes.

Oluo delves into the historical roots of the American white male archetype of dominance and violence. In the 1800s, capitalists accumulated wealth using the forced labor of women and people of color and violently stealing land from Indigenous peoples. They deliberately promoted the myth of the violent hero so their sons would continue using force to maintain and grow the wealth and political power of their families and the U.S. empire. There was a dread the young men would become “soft,” which included having empathy and viewing others as equals. William F. “Buffalo Bill” Cody participated in the genocide of Native Americans, then dramatized it as entertainment. Numerous adventure fiction writers and the concept of “muscular Christianity” promoted this masculine ideal. President Theodore Roosevelt exploited football for this purpose. Every year, several young wealthy white men died playing it at colleges created to educate them for leadership roles.

WHERE WHITE SUPREMACY COMES FROM

Oluo describes today’s legacies of these histories. The white supremacist movement and paranoia toward immigrants and people of color evolved from colonialism and capitalism. It is inseparable from the dominant, aggressive white male ideal and anti-feminism. Oluo describes working-class white men learning to resent Black laborers when capitalism’s need for cheap labor brought them close to the same level. Politicians still exploit their anger at being oppressed alongside people they were told they were supposed to dominate.

Oluo explores politicians’ propaganda against women in the workforce although their labor is needed and women need income. Women and people of color are hired to leadership positions and their ideas used only when a business is facing failure, then blamed on its new leaders.

Oluo explains why right-wingers attack higher education when they would not reject this benefit for their families. This former institution of grooming white men for power is now a place to meet diverse people and learn how governmental and economic systems actually function. She describes the similar white male rage towards Black football players advocating for rights as laborers and against racist police violence. The same rage is expressed by white male liberals who don’t seek to understand but to dominate movements of women and people of color.

Oluo describes how dire the situation is for society. She describes harrowing attacks and harassment of herself and female politicians of color. Her positive message that human beings have created this situation and human beings can change it for the good of all is vital in these increasingly desperate times.