The ultimate abuse of authority and the most egregious exenteration of the pursuit of knowledge is when someone in a position of power chooses to destroy books. After the Dominican Friar Girolamo Savonarola forced the Medici family from Florence, Italy, he ordered a mass destruction of books and artifacts in 1497 that he considered heretical. In the early 20th century, as the Nazis took power in Germany, books were burned if they did not conform to the Nazi concept of civilization.

A recent event in a Wisconsin prison paralleled those two actions and trampled prisoners’ rights. It was not about religious or political fervor but rather a personal vendetta instigated by a uniformed correctional officer towards a civilian staff member, with the prisoners—and their books—caught in the middle.

The library was closed for several days as security decided to go through every book. If one was marked, torn or damaged in any way, it was ordered destroyed. All language books or tapes—destroyed. Even items to fix books were ordered out of the library. Donated books that have been in the facility for two decades—destroyed; classics, if damaged—destroyed; dictionaries, if they meet that obtuse classification—destroyed.

I’m furious that such ignorance is allowed to exist and have a position of authority. The end result was that any book in the library with so much as a pencil mark was removed, destroyed and called “contraband.”

My language books on learning devices (tapes, etc.) were ordered removed under the premise that prisoners could use the materials to learn a language in order to speak in code! This obtusely ludicrous reasoning is just another example of how authority is abused in a prison setting.

Education—both self-education and structured education—is one of the primary ways that a prisoner can become aware of their potential and move towards intellectual independence. Education is the key to power. Nowhere is that more necessary than it is for a prisoner. Education teaches us to embrace the idea that we can move beyond our current situation and be better for that move. Yet, in this Wisconsin prison, personal staff vendettas took precedence over educational opportunity. 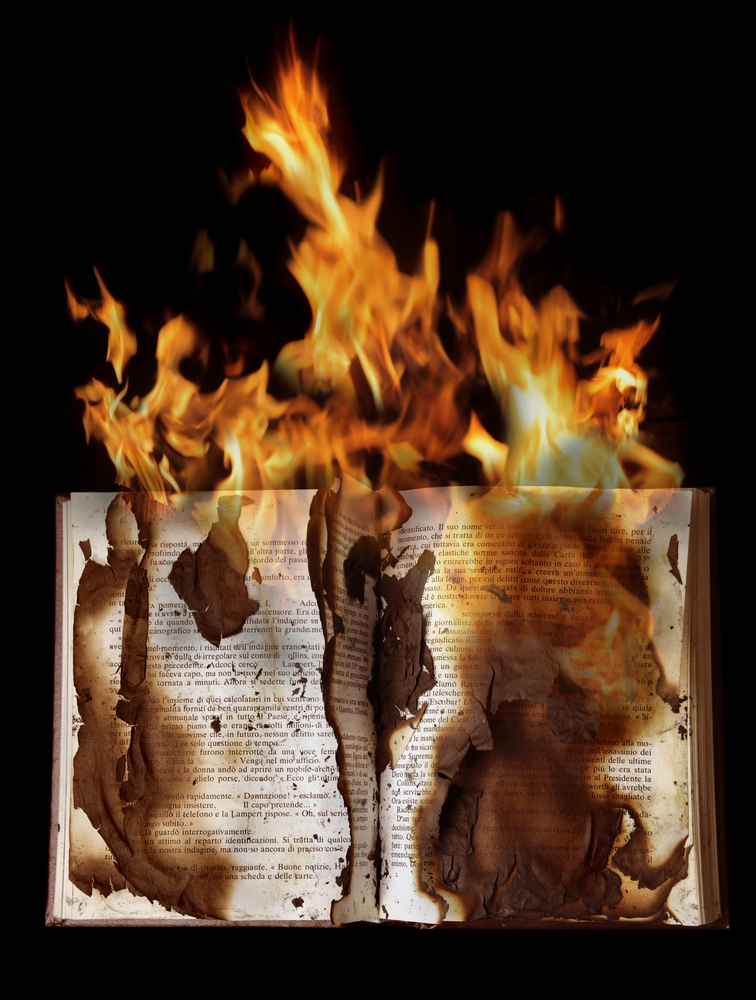 The end result was the destruction of hundreds of books. Even books and magazines donated by prisoners, community members, or outside libraries were subjected to this process with no regard to their educational or intrinsic value. Once a person gets to the point where they arbitrarily destroy books simply because they have the power to do so, it’s not a far step before they try to limit and punish ideas and the people who hold them.

These were processes used by fanatics such as Savonarola, Hitler, Stalin, Mao and others. Book burnings are a fundamental abrogation of rights that we see in dictatorships and abusive governments around the world. Yet our nation practices such hypocrisy here in the heartland.

When you attempt to destroy books, all you do is add fuel to the fires of revolution.

← Letter from Mexico, Nov.-Dec. 2016: Teachers and Indigenous Congress
Lead-Editorial: No to Trump’s counter-revolution! No to fascism! Fight for a new human society! →
This work is licensed under a Creative Commons Attribution-ShareAlike 4.0 International License