Some deny the right of football players to speak up based on labor solidarity. But NFL player Michael Bennett and his Seattle Seahawks teammates did when they boycotted an invitation by Israel’s Netanyahu to visit Tel Aviv. 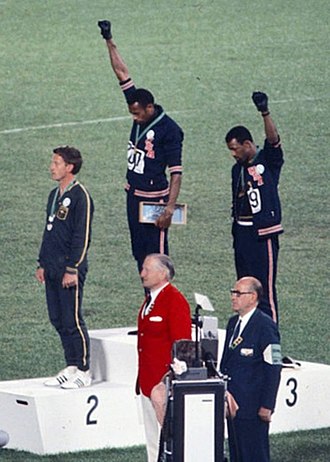 Their clear rebuke of Netanyahu’s racist apartheid politics was in the spirit of Black Lives Matter and San Francisco 49er Colin Kaepernick’s refusal to stand for the National Anthem, and recalled the Black Power protest of Tommie Smith and John Carlos on the medal stand at the 1968 Olympics.

Some may also deny that we can all speak and act to save war refugees on the basis of labor solidarity.  But we can. And we must. There’s no way out of this morass of perpetual war and destruction except through labor’s concept of freedom through universal solidarity: An Injury to One is An Injury to All.

When Nazis created rifts in that solidarity among workers in Europe and began to round up the “Other” among them, six million Jews were killed in death camps, and 20 million people became casualties of World War II.

Today we have the ghost of old Europe, with people increasingly chanting “my country first,” and a U.S. under Trump’s hostile takeover of the White House after his campaign for “America First!” that scapegoats Black, Latinx, and Muslim people.

Trump bragged to Netanyahu that Israel would “find no better friend” than himself, a friend who condones the racist seizure of Palestinian land. He claims he has not a single anti-Semitic bone in his body, while suggesting, like the KKK, that attacks on Jewish cemeteries are false flag operations.

He reminds me of Charles Lindbergh, who denied his anti-Semitism, yet opposed U.S. opposition to fascism. America-firsters like him supported a ban on Jewish refugees. In that atmosphere Roosevelt found it politically expedient to turn the refugee ship, the St. Louis, around, returning its occupants to Nazi death camps.

This time, those that Trump is refusing to provide safe harbor to are tired and hungry refugees seeking shelter and protection from the death and destruction of war and famine in Syria.

But it’s not only Trump’s Muslim ban. So long as the death and misery suffered by Syrian war refugees continue, so long as we witness the atrocities, yet are paralyzed, we have blood on our hands.

This is not an “immigration” problem. The problem is capitalism and its wars. The hopes and dreams of

“Orientals” and Africans is not to aspire to be Europeans. As a woman in Aleppo who refused to leave her house asserted: “To force us to evacuate is tantamount to erasing the memories of our being.”

The toll of wars in Syria, Iraq and Yemen will not be limited to Arabs and Muslims alone. Just as the last World War’s toll was not confined to the “Other.” The tsunami wall of reaction to the “refugee/migrant crisis” on “Europe’s shores” augurs an ominous prospect for Europe.

WORKERS NEED TO HANG TOGETHER

The Second International collapsed in 1914 when Social Democratic representatives of the German workers voted to give the Kaiser money to wage war. Trump’s actions showed again the ugly truth that trade and economic competition under capitalism are war by other means. Whether it is neoconservative or neoliberal capitalist globalization, it means the spread of war and exploitation. To us workers, globalism means international solidarity.

Labor’s concept of universal freedom through solidarity can help overcome capitalism’s permanent state of war, racism, and poverty. It is up to us workers to choose between the two paths. We workers are either revolutionary or we are nothing.

← Northwest Indiana demands “No Ban! No Wall!”
The view from Mexico →
This work is licensed under a Creative Commons Attribution-ShareAlike 4.0 International License