As the Biden Administration deports thousands upon thousands of “illegal” Haitian immigrants who fled the impossible conditions of their country, and as we read horror stories of prisoners in Haiti today dying of starvation, it becomes essential to grasp why this is the Haitian reality. 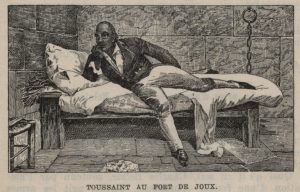 These conditions are not only reality today, but a stark, painful, preventable history of more than 200 years. The New York Times has done a remarkable job of investigating how the great Haitian Revolution in the French colony of Santo Domingo (which should be ranked with and studied alongside the American and French Revolutions of that time) was subverted first by Napoleon’s France, and then by France, from empire to republic—supported by the U.S.—demanding outlandish sums of money as “restitution” for “their property,” that is, slaves who freed themselves in the Revolution.

This aided in isolating Haiti for half of the 19th Century. The U.S. then invaded and occupied the country in the first half of the 20th Century—setting the stage for the Duvalier family dictatorships and still more poverty for the Haitian masses. And much, much more.

The series is a must read for those who want to understand Haiti’s permanent struggle to be a free people. “The Ransom—The Root of Haiti’s Misery: Reparations of Enslavers” is meticulously researched and has been translated into Haitian Creole so Haitians themselves will be able to read and study it.