After seven years of war in Yemen, the UN estimates that almost 400,000 people, primarily civilians, have died, 60% from hunger and disease, with children being 70% of the deaths. 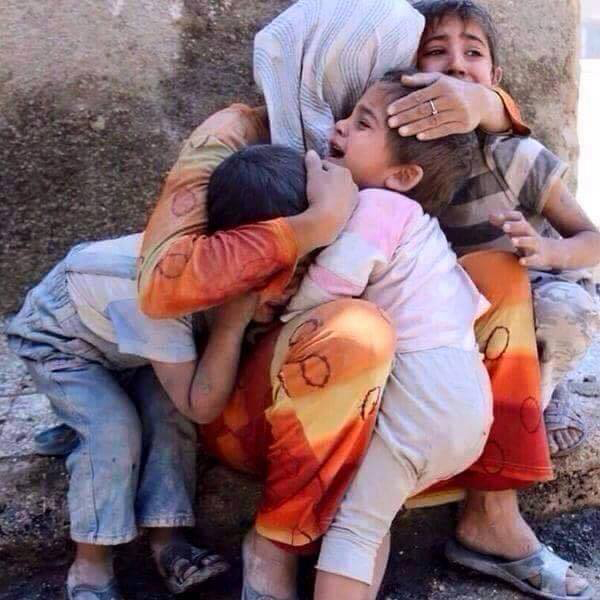 Those being attacked, killed and terrorized in Yemen are civilians, including women and children.

Yemen is now in the midst of a two-month temporary truce starting at the beginning of Ramadan. The international coalition of authoritarian regimes agreed to this ceasefire. These regimes include Saudi Arabia and the UAE (United Arab Emirates), which have warred on the country with indiscriminate bombing. The Houthis (Ansar Allah, or the Partisans of God), an Islamist political armed militia force that emerged in Saada in north Yemen in the 1990s, has also carried out an insurgency for a number of years. The Houthis target Saudi and UAE forces as well as civilians.

In addition to a ceasefire, the truce eases the blockade of fuel deliveries to the port city Hudaydah, and includes the resumption of commercial flights to and from Sana’a airport, which is in Houthi-controlled territory. However, the truce is no peace agreement. Rather it reflects a stalemate, as the Saudi coalition has been unable, despite incessant destructive bombing of Houthi-controlled territory, to assert its will.

The Houthis, supported by Iran, control most of the north. But they are no liberation army. They are religious fundamentalists who use police-state tactics in areas under their rule.

The war has been a proxy for the Saudi Arabia-Iran Middle East conflict. “Yemen has increasingly become the battlefield of others’ wars, and even the most critical decisions are taken by external powers, not Yemeni,” noted Shuja al-Deen of the Sana’a Center for Strategic Studies.

To facilitate the truce, the Saudi-supported Yemeni President, Abed Rabbu Mansour Hadi, had to resign, replaced by a Presidential Command Council (PCC). But the PCC is hardly a Yemeni body. Its members are beholden to the Saudi war coalition.

Because the coalition is bleeding from Houthi attacks outside Yemen, the truce may lead to a cessation of hostilities. But as Shuja al-Deen commented: “The postwar period, if the war ends, will be a period of political powers that forced their presence with weapons….Yemen is not going to be stable after the war.”

It must not be forgotten that the U.S. is deeply implicated in this war upon the Yemeni people. The Obama Administration supplied weapons to the Saudi-led coalition, and that continued under Trump and now Biden.

And what about the Yemeni people? The war intensified to its most deadly level in 2022 and it is reported that mass starvation is close to reality.