As this is being written, Russian and Bashar al-Assad regime war planes continue to pound the working-class communities of East Ghouta, near Damascus, which have heroically resisted since the beginning of the Syrian Revolution.

In attacks that intensified in mid-February, the Syrian Civil Defense has counted over 674 people killed—including some of their own volunteers, who are targeted—and thousands have been injured.

The images of wounded and dying civilians, of murdered children, have touched the consciences of millions around the world. Unrelenting attacks on health and rescue workers have brought home the fascist essence of Assadism, and the Russian and Iranian regimes that prop it up. 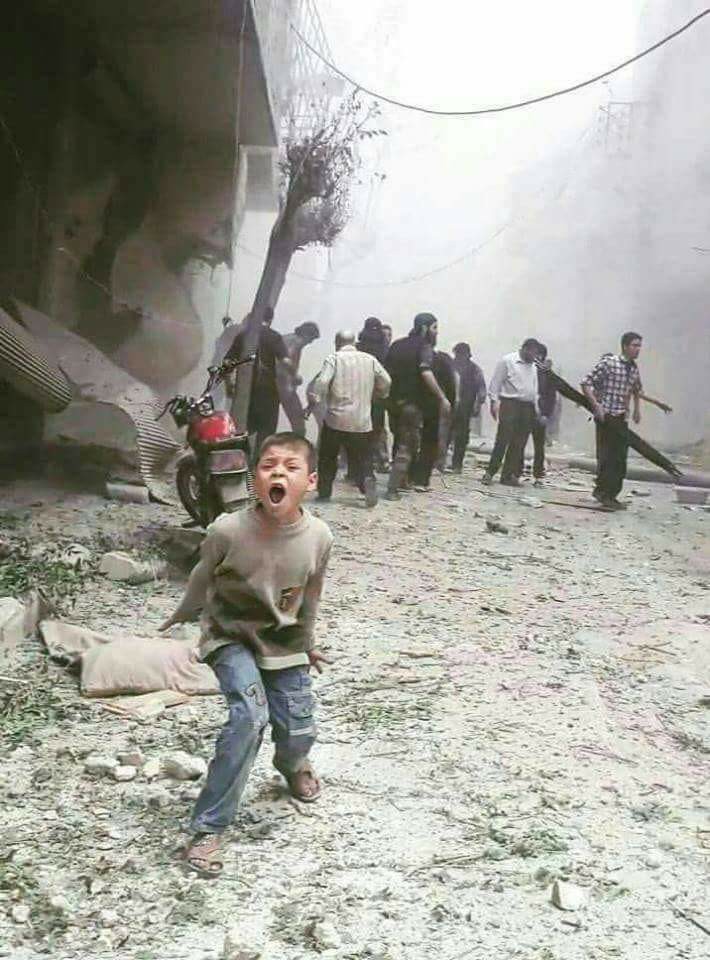 The hypocrisy of the UN is clear to all, as the Security Council passes empty resolutions with no mechanism of enforcement. Or worse, with slippery wording that allows genocide to continue in the name of “anti-terrorism.”

The genocidal assault on Ghouta is the most egregious example, but a number of imperialist powers are invading Syria. In the eastern part of the country, the U.S., which largely destroyed the city of Raqqa in pursuit of ISIS, continues to kill civilians—albeit in smaller numbers now—in the name of anti-terrorism.

The U.S. is allied with the Kurdish Democratic Union Party (PYD) against ISIS. There have been recent battles with regime forces; in one instance, U.S. air strikes wiped out somewhere from a few dozen to a hundred Russian mercenaries.

At the same time, Turkey, in alliance with elements of the Free Syrian Army, has invaded Afrin in pursuit of the PYD—also in the name of anti-terrorism.

And again, there have been civilian casualties. If the city of Afrin becomes a battlefield, these will only increase.

It isn’t only territory that is being divided, but the essence of the Revolution—humanity.

The rulers are consciously driving wedges between people. At the last round of “peace talks,” the regime made it known that they had brought a genuine terrorist, Mihrac Ural. As well as having been a go-between for PYD ideologue Abdullah Ocalan and Hafez al-Assad, Ural was the architect of the 2013 Baniyas and Bayda massacres in which hundreds of villagers were murdered, including women and children. His presence signaled further massacres.

Imperialism is the enemy of revolution. Try to “use” it and you will be used by it. But there is another lesson from Ghouta. One can text in real time with people there. “We are not okay. We are in the basement with the children and we hear the bombs outside.”

What is our responsibility then? It is to speak, to act, to aim to change this history. It is like being present for the Middle Passage, the Holocaust. Simply stated, every idea of human solidarity, every faith or philosophy, is being tested. Everything will necessarily be changed. This was true at the beginning of the Revolution, in 2011, and it is true now.

What has happened in Syria was destined to determine the course of world history. It continues to do so.

← Letter from Mexico: How will Indigenous movement organize?
World in View: Libya and Italy chaos →
This work is licensed under a Creative Commons Attribution-ShareAlike 4.0 International License