Editor’s note: Abahlali baseMjondolo Women’s League South Africa, part of the organization of shackdwellers, commemorated the 60th anniversary of women marching against apartheid Pass Laws and for gender and racial equality on Aug. 9, 1956. They held a Women’s Power Meeting on Aug. 7, with 350 women participating. 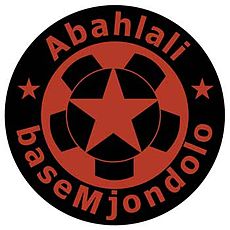 The theme is Women can bring transformation. Abahlali acknowledges and respects the rights of women and encourages women’s equal participation in all aspects of politics. Women played a huge role in the realization of South Africa’s freedom from apartheid and women play a huge role in the struggles of the oppressed today. Women’s power is at the center of the politics of the strong poor.

The Abahlali baseMjondolo Women’s League wants to create awareness about issues that affect women’s lives. We want to educate women and girls to be self-sustained.

Women in shacks face many challenges such as patriarchy, impoverishment, ageism, parenting challenges, addiction, gender-based violence and abuse and unlawful evictions. The Women’s League stands for the full equality of women in the movement, in our communities and in society.

Some of the women at the meeting. Photo: http://risingsunoverport.co.za/

We want to take part in economic development and urban planning in order to ensure that urban planning and economic planning are democratized. We need cities for all, land for all and an economy for all. Impoverished women who live in shacks and rural areas must be part of all the important discussions about our cities, rural areas and our economy…

Women have been oppressed for too long. It is time that we rise and start doing things for ourselves.