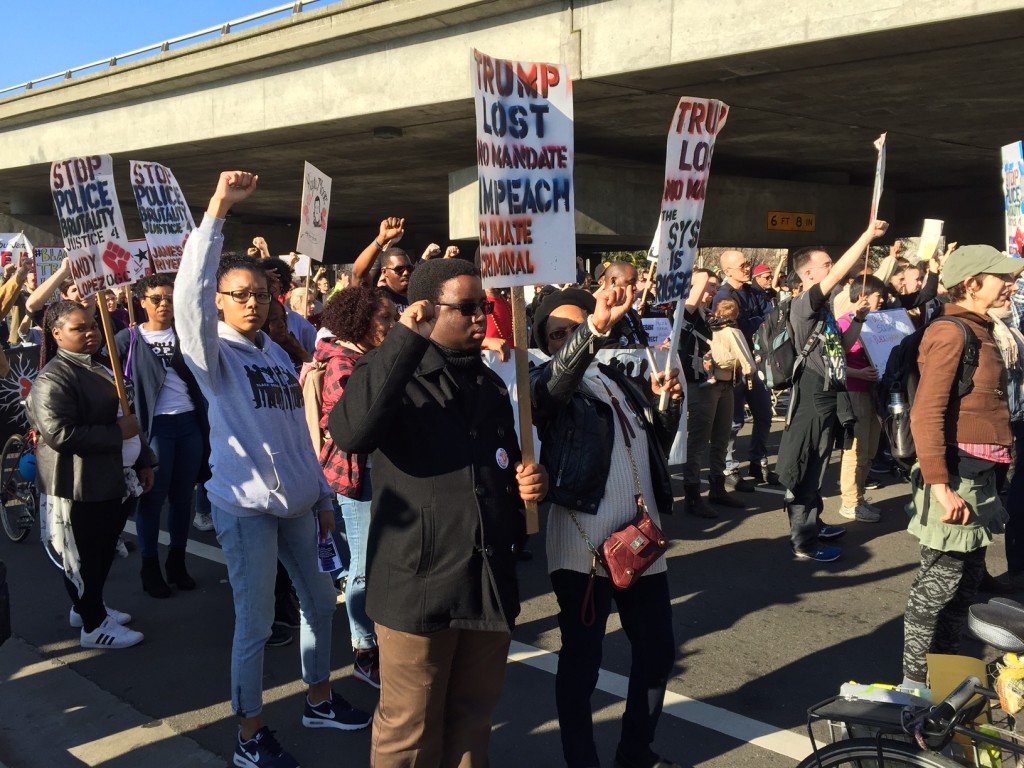 On the march some carried signs quoting King: “It would be foolhardy for me to work for integrated schools…and not be concerned about the survival of the world in which to be integrated” and “We may have all come on different ships, but we’re in the same boat now.” Many wanted to express solidarity: Jews speaking against Islamophobia, Filipinas for Black power, and slogans: Love is love, Black Lives Matter, Immigrants make America great, Women’s rights are human rights, Climate change is real, This is public health, and #OccupyPublicHealth, etc.

Detroit—The 14th Annual Martin Luther King Day Rally and March in Detroit, “From Michigan to Standing Rock, the struggle for jobs, peace and justice continues,” drew over 500 people, connecting struggles from fights against neighborhood destruction by property tax foreclosures and residential water shut-offs in Detroit, attacks on public education and the pensions of City of Detroit retirees, to battling polluted water in Flint and reports from the pipeline protest on the Standing Rock Lakota Reservation.

Monica Lewis-Patrick of We the People said, “There is no separation between Detroit water shut-offs and Flint”: Joe Jacobs, who is Anishnabe, compared fire hoses and tear gas used against civil rights marchers in Selma, Ala., in 1965 to the military tactics against the Standing Rock Lakota and their supporters.

After the march through downtown, participants enjoyed fellowship and a wealth of readings by local poets, some of them only nine or ten years old.

← The Ghost Ship fire
Woman as Reason: Syrian women as force and revolutionary Reason →
This work is licensed under a Creative Commons Attribution-ShareAlike 4.0 International License