From the January-February 2017 of News & Letters

The National Indigenous Congress in Chiapas, Mexico, saluted the defense of the Dakota Nation’s sacred territory. Native Americans have been recognized by Indigenous people in Mexico as part of the same crusade they are on for new relationships between human beings and 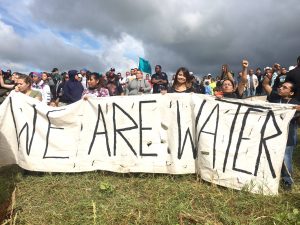 nature. In that sense, the page on the Standing Rock resistance from the Nov.-Dec. 2016 issue of N&L (see “Editorial: Stop the Dakota Access Pipeline now!” and “Solidarity with Standing Rock: Water is life“) is significant. It contains activity articles that let us see the actions and ideas of the people defending the Dakota Nation, and an editorial puts forth the meaning of this struggle. This is the kind of practical and theoretical support that radical activists should give to the movements from below, whose ideas and actions are the only ones that can bring us closer to a totally new society. 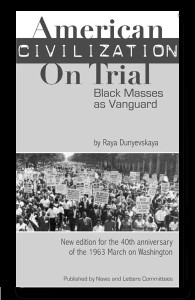 People are searching for an analysis of populism given the surreal and scary rifts happening in national politics. How does Marxist-Humanism see it? I remember Dunayevskaya writing in American Civilization on Trial about the late 19th-century populist movement, which to her held lots of potential. 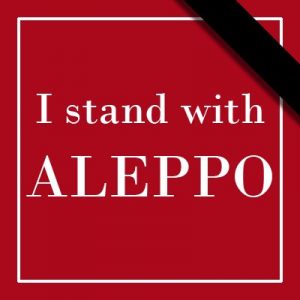 In Istanbul, many of the people who were protesting against the slaughter of Aleppo have been silent on the slaughters of Diyarbakir. Those who have heroically fought against the Israeli occupation of Palestine have stood firmly with Assad, preferring to defend genocide if it means protecting Hezbollah and Assad. Erdogan has cried for Syria, but tortured and purged all who fight for Kurdish freedom. Those of my comrades who have stood with Syria have dogmatically held onto narratives that reduce Rojava and the PYD to traitors of the revolution. Those who have stood with Rojava have tried to pit it against the revolution. I’m left wondering, save for groups like News and Letters Committees, what are we doing wrong? Why must everyone engage in selective sympathy? What is politics without empathy? We all bleed red, the tears of every child are the same.

A few weeks before the U.S. presidential election, the Russian leader Vladimir Putin calls off the genocidal bombing of civilians for a brief second in Aleppo and other areas in Syria. Why didn’t the Democrats make the connection? Was it because they realized that they had no moral authority to condemn Trump considering their own abandonment of the Syrian people? After the election, Putin and his man Trump talk on the phone and within hours the bombing of hospitals and other war crimes resume. Trump has aligned himself with the murderer Putin, but if they have a spat, things could change. Think of the Hitler-Stalin falling out.

The armed struggle in Syria has always been in defense of the mass revolution, the civilians reorganizing society. A Syrian friend reminds me of this: “Who ever thought our revolution is only about weapons and killing? Our revolution is about consciously seeking freedom, and all the regime’s crime and malice will never kill this thought. The revolution will never die as long as there are living people carrying the idea of revolution.” Whatever rethinking must be done, it’s profoundly important to recognize that it can begin from this idea of freedom.

The silence, even approval, of much of the Left in the face of the genocidal destruction of East Aleppo has prompted a group of Marxists, including Marxist-Humanists, anarchists and independents to start a Syrian Revolution Support Campaign in Oakland, Calif. Our first meeting is in late January. We want to tell the truth about the Syrian revolution. Contact us to find out more; see the directory on p. 3.

In response to Mexican President Peña Nieto’s decision to sharply raise the price of gasoline, citizens in almost every state of Mexico have organized marches that are blockading gas stations, stopping highway traffic, and on and on. Already the price of tortillas—basic food for all in Mexico—is on the rise. The dramatic spread and power of the protests is an indication of the opposition to the price rise and the deep dissatisfaction and rage, of so many in Mexico. Authoritarian practices of the police and military, violence, drug trafficking, kidnappings, forced disappearances, stealing and despoiling peasant and Indigenous lands, racism, sexism, and corruption matched with impunity—this is the reality of life and labor in Mexico. Many are saying Ya Basta! (Enough!). As usual, however, the government continues its destructive path.

I’m incarcerated and am a student of Marxist literature. Coming from a disadvantaged background, I can tell you the struggle is real out West. The conscious level of the common man has to be raised to begin formulating thoughts and ideas that bring into focus our common

bonds. A commitment to putting words into action is a must if we are to bring about a concrete change. I’ve started the process by first changing myself, or rather edifying myself while under lock and key. I need the spark of knowledge to light personal growth and reflect the creed of communism to all within range.

Just checking in to let you know that the struggle continues. I’ve been transferred to a “new” gulag with the same “old” program and ideas. I just want to let you know that we hear your message and can see clearly where Amerikkka is headed. Keep up the fight for people everywhere!

I am delighted to learn that your group exists and works to abolish capitalism. Please place my name and address on your subscribers’ list. With a change of U.S. leaders, trouble in Europe, China, Russia and India getting “into position,” I am eager to learn what a Marxist-Humanist approach is accomplishing. The time is right to redirect present groups!