“I Am Not Your Negro” is the title of a documentary film produced by Raoul Peck, who also published the book I Am Not Your Negro: A Companion Edition to the Documentary Film Directed by Raoul Peck (Vintage; Mti edition, 2017). At first glance the word “Negro” raises the question: have not the people who were once called Negroes detached themselves from this racist description? However, as an abstract statement, the title has power which gives resonance to those same people. 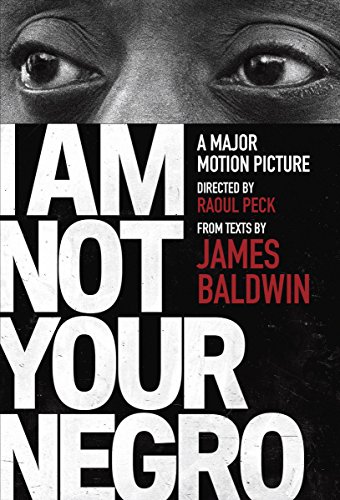 The power of the title rests in its inherent nature, which in essence speaks of the liberation of New Afrikan people here in Amerika. As statement, the title is the rejection of an imposed state of being and, at the same time, the irrepressible spirit to reclaim the dignity of selfhood.

But the dignity of selfhood is inseparable from the determination to create the physical space where selfhood can develop completely. From an historical perspective the title has been a statement of the irrepressible yearning of New Afrikans since the beginning of our enslavement in Amerika.

Raoul Peck is an itinerant Haitian, meaning he has lived in Congo, France, Germany and Amerika. As a filmmaker, he has garnered acclaim for his historical, political and artistic works. As a young man trying to make sense of a contradictory world, Peck read many works of literature, for example by Aimé Césaire, Gabriel García Márquez, Richard Wright and James Baldwin. Peck referred to those authors as his own because they spoke of the world he knew. They also allowed Peck to believe that he was more than a footnote or a third-rate character. That experience reflects a similar experience of a prison writer who wrote about his experience via his discovery of Marx, Lenin and Fanon. The two experiences taken together speak to the transformative power of philosophy.

Peck’s particular focus on the works of James Baldwin had to do with Baldwin’s use of language. He writes of how Baldwin gave him a voice, the words, the rhetoric, and with that also the ability to connect the dots. For Peck it was Baldwin’s ability to deconstruct stories and situate them in the right order and context. Peck felt he had accumulated some of the vital intellectual ammunition necessary to combat the discord, ignorance and confusion that is an elemental design of capitalist forces in the maintenance of the status quo.

In developing the documentary film, Peck met with Gloria Karefa-Smart, who is Baldwin’s sista. It was Karefa-Smart who gave Peck access to the biographical rights to Baldwin’s life and work. That, of course, opened a dialogue between the two as Peck shared his vision of the project. Consequently, Karefa-Smart shared a quote of Baldwin’s from 1973, the significance of which is revealed in its prefiguration of a new society: “There are new metaphors. There are new sounds. There are new relations. Men and women will be different. Children will be different. They will have made money obsolete. Make a man’s life worth more than that. Restore the idea of work as joy, not drudgery.”

As profound as the quote is, unfortunately in the book there is no return to it. So it is left open as to whether or not Baldwin had to work further to develop the content of the quote concretely. The quote shows Baldwin’s intellectual ability to see beyond the historical barriers that ensnare other thinkers who only seek to re-create capitalism. On the basis of being an original thinker, it is easy to see why Peck has paid the attention to Baldwin.

What was the goal Peck set out to achieve in creating the documentary film? A comparative analysis of Baldwin’s indictments of Amerikan racism juxtaposed to the indictments of today. This is not a difficult goal to achieve given that, since Baldwin made his indictments, little has changed. In fact, outside of some window dressing here and there, institutional racism in Amerika has remained intact. However, in presenting the intransigency of Amerikan racism, Peck is hoping to create a new paradigm that has the potential of uprooting racism. Then the producing of the documentary can have an element of serving a functional purpose.