In the middle of March we were notified that we would no longer have a job. We were supposed to be paid for sheltering in place. But our contract was cancelled because the store we worked for had to close. Having no income for two weeks was traumatic because I need money to find a place to live, as my parole-arranged housing is coming to an end.

TAKING THE ONLY JOBS THERE ARE

I had to take whatever job was offered, which right now is helping to place susceptible homeless people into temporary hotel rooms San Francisco is using to try to stem the spread of COVID-19. Several showed symptoms and then tested positive. What I am doing now is rolling the dice.

One person had to come into the office because there was something wrong with his paperwork. He was later determined to have the virus. I didn’t realize how dangerous my job was when I took it. I do get a little raise as hazard pay, but no money makes up for the danger we are in.

COVID-19 is sweeping through the largest homeless shelter in San Francisco. It has already affected multiple SROs (single room occupancy hotels), where people share common areas such as a kitchen and bathrooms. Homeless activists have been warning for a long time of the possible health problems this poses and that the only real solution is permanent housing for everyone.

What happened to the Detroit bus driver really woke me up. He pleaded for passengers not to cough right on him after one did. He was a big, healthy guy like me. He tried to tell people that coughing on others was not OK. He paid with his life for their carelessness.

WHAT DOES IT MEAN TO BE HUMAN NOW?

The healthcare workers, grocery clerks, bus drivers and delivery people are humanly responding to this crisis, which the “system” only deepened by gutting healthcare capacity and the social safety net.

It all raises the question: what does it mean to be human in the face of this virus? 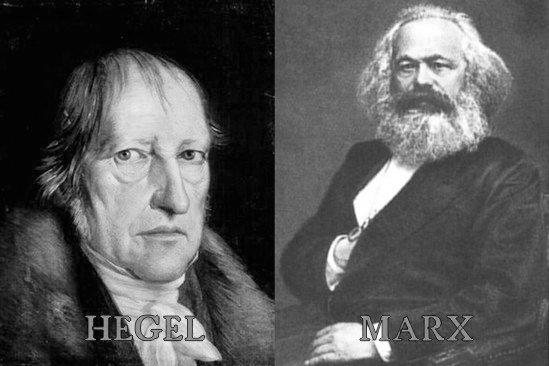 The answer is not just activism or more demonstrations. We need clarity, clarity of thought. I just reread the Master/Slave dialectic section of Hegel’s Phenomenology of Mind. Hegel makes the point that the development of humanity comes from those who confront life and death, which in this case is the slave. It resonated with me.

Through the life-and-death struggle in the SHU (Security Housing Units) the Idea of Freedom came into my life. I began to question my reality, to examine it. That’s where my freedom began. I gained a mind of my own through my experience, my engagement with the Idea in facing my social conditions.

As a descendant of slaves brought to this country, I want to continue developing that mind of my own that the struggle for freedom brought about.

Now we are slaves to capitalism’s idea of producing commodities. Instead of developing myself in the “free” world, I have to sell my ability to labor. I don’t have time to reflect fully on my current social conditions.

In Marx’s time workers were driven to an early grave through an inhumanly extended working day. Their struggle for a normal working day demanded an answer to the question: “when does my time become my own?” That is the question I now have. How do I find the time to do what’s important, as well as what I need to do to just survive?

Caring for others is what humans are meant to do. It should not have to be a heroic act. We are guided by one idea, that is the Idea of Freedom. It resonates with everyone on some level. It may appear different out here from when I was in the SHU, when it was a different life-and-death struggle, but it is the same idea.

The way we gained a mind of our own in the SHU, was to take back the definition of who we are from the guards and the system. We recognized each other’s humanity and worked to overcome the racial divides constructed and maintained by the system. We prisoners put our lives on the line to make the statement that we wanted to make, to have our death count, not just die from the system’s abuse/neglect. What we did with our own minds was to challenge the system of perpetual solitary confinement. The success of that challenge allowed me to be out.

The pandemic is again raising the question of who we are as human beings. What is “visible” to the system is only “economic” activity: earning and spending money. We see that playing out in the debate over opening the economy vs. protecting lives. People’s lives, our humanity, are being pushed aside to continue production for production’s sake.

← II. The true pandemic war
Workers in revolt against Amazon, Uber, and Lyft →
This work is licensed under a Creative Commons Attribution-ShareAlike 4.0 International License