The pandemic gripping the world and killing tens of thousands has revealed globally what the genocide in Syria showed in one nation: that the capitalists and rulers who think they own and run the world would do nothing as they watch Bashar al-Assad—with help from Russia and Iran—try to destroy an entire civilian population because they desired freedom. 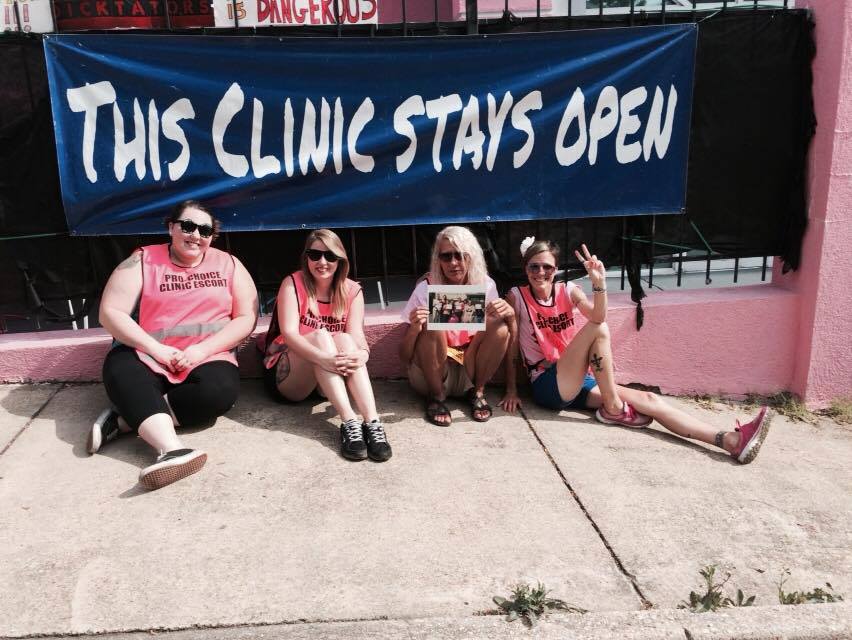 Clinic defenders like these at Mississippi’s only surviving abortion clinic, Jackson Women’s Health Organization, are preparing to fight anew against Trump’s promised attacks on women’s right to abortion and birth control. Photo by Clinic Vest Project.

Now we see capitalists and the governments that do their bidding—and none does that bidding with more gusto than the U.S.’s Donald Trump—willing to sacrifice the poorest workers to a brutal disease. It includes those in the gig economy, production, home-care workers, bus drivers, and farmworkers. It includes those on the front line, such as nurses and doctors, medical technicians, and the list goes on. The only thing that seems to hold Trump and other rulers back from trying to restart the economy—which would also restart the pandemic—is that all the deaths that would result might make them look bad and negatively influence their reelection.

ABORTION BANS: A FORM OF TORTURE

By banning abortion outright—as a “nonessential medical procedure”—in the middle of the COVID-19 pandemic,  governors in Alabama, Arkansas, Louisiana, Ohio, Oklahoma, Tennessee and Texas not only ensure that many more women may die who would not have otherwise, they created a unique form of misogynist torture. It is torture because the pandemic means that women have even more reason for needing abortions: being pregnant compromises a woman’s immune system. Marie Stopes International estimates that, because contraception is now harder to get, 9.5 million people worldwide will not get wanted contraception, which “could result in as many as three million additional unintended pregnancies, 2.7 million unsafe abortions and 11,000 pregnancy-related deaths.”

It is unclear what the virus does to a fetus in the early stages of pregnancy; the number of women in abusive relationships has skyrocketed and pregnant women are particular targets of abuse (see “Women WorldWide” this page); so many have lost jobs, incomes, family members; women die in childbirth, which is 14 times more dangerous than an abortion.1“Abortion safer than giving birth: study,” by Genevra Pittman, Reuters, Jan. 23, 2012. More women in the U.S. die of pregnancy-related complications than in any other “developed” country. The U.S. maternal mortality rate was 26.4 per 100,000 births in 2017 and rising. Just as more African-American women are dying from COVID-19, African-American, Native-American and Alaska Native women are about three times more likely to die from pregnancy-related causes than white women.

The torture intensifies because these bans are based on the most obvious of lies, which reveal to women the contempt in which we are held. It shows that politicians are willing to put our lives in danger to suck up to their anti-abortion fanatical base, to win a few more votes to stay in power and make sure that women know their place and stay there.

ALL ABORTION BANS BASED ON LIES 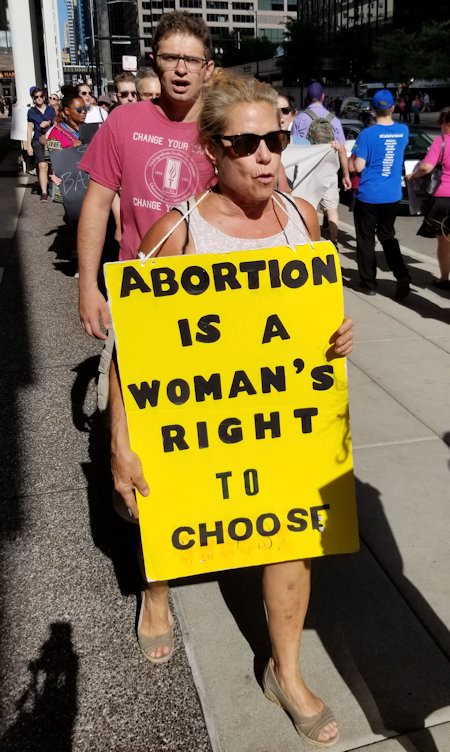 Ohio’s attorney general David Yost lied when he couched his anti-woman order to ban abortions under the guise of conserving healthcare resources. Other governors told the same lies. Abortion, obviously, is not an “elective surgery” that can be postponed. Abortions don’t take up hospital beds because they are done in free-standing clinics. They don’t require ventilators or most of the other materials used to treat COVID-19. Having a baby uses hospital beds and more equipment and personnel. Eight national medical groups, including the American College of Obstetricians and Gynecologists and the American Board of Obstetrics & Gynecology, stated that elective abortions are “an essential component of comprehensive healthcare,”2“Ohio clinics ordered to halt abortions deemed ‘nonessential’ amid coronavirus response,” by Hannah Knowles, The Washington Post, March 21, 2020. and that, “The consequences of being unable to obtain an abortion profoundly impact a person’s life, health, and well-being.”

Abortion bans are torture as they force women against their will to carry a fetus to term. Christina Cauterucci explained in Slate what forced pregnancy means now: “[W]omen will also need prenatal care, which will compel them to risk exposure to COVID-19—and risk exposing others—to make several visits to doctor’s offices staffed by overworked practitioners. If they miscarry or develop certain pregnancy complications, they may have to take up valuable surgical supplies and hospital space during what will long be a dangerous time to inhabit a hospital bed. When they go into labor, in some hospitals, they’ll have to endure childbirth alone, without a partner, doula, or family member by their side. Their infants’ first days may be spent in a virus-rich environment without proper supplies, staffing, or standards of care.” She rightly calls this “abuse.”

Women are fighting these bans and have had some success in the courts—those that have not yet been compromised by Trump’s appointments of the most incompetent and fanatical. But if the pandemic has shown us anything, with the willful disregard for human life and the torturous abortion bans so gleefully embraced by many Republican governors, it is that we can’t count on courts or common sense, or the corrupt leaders that litter the U.S. government. Never was it clearer that we need a revolution to sweep these death-dealing politicians out and create a society based on new human relations.

ALSO, CHECK OUT OUR SPECIAL COVERAGE OF COVID-19 PANDEMIC here!

← Workers in revolt against Amazon, Uber, and Lyft
Health worker speaks →
This work is licensed under a Creative Commons Attribution-ShareAlike 4.0 International License