In June, Stanford University students used their graduation ceremony to protest the sentence given to a male student who raped a woman who attended a campus party. (See article this page.) Students’ signs read, “It Doesn’t Matter What She Was Drinking,” “Justice for Survivors, Not Leniency for Rapists,” and “Stanford Protects Rapists.” The feminist organization UltraViolet flew a plane overhead with the banner “Protect Survivors, Not Rapists #PerskyMustGo.” Support for rape survivors was expressed by the commencement speaker who compared the victim’s open letter to the judge to Martin Luther King’s Letter from a Birmingham Jail. 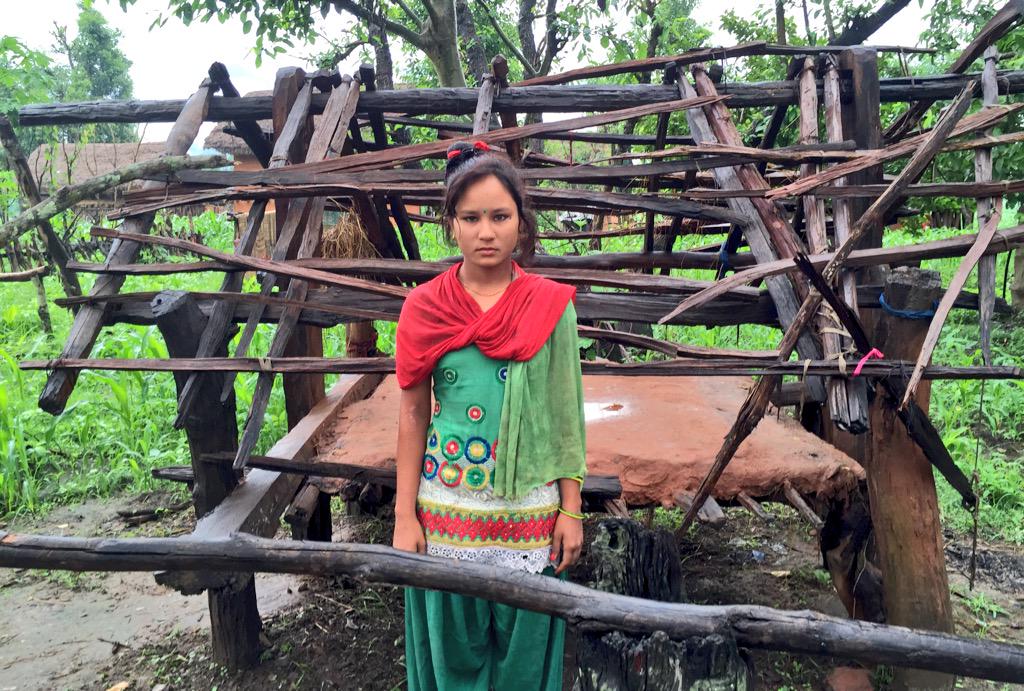 Kamala, 14. Behind her, her shed where she’s been sleeping while menstruating, since she was 11, rain or shine. #MHM. Photo from WaterAid.

A group of girls in Nepal developed a project with the charity WaterAid, which gave them cameras to photograph things they traditionally are not allowed to do while menstruating and during childbirth when they are considered impure. They are forbidden to eat with family, prepare food, and attend school; they are forced to stay and sleep in unsanitary structures such as cowsheds where they can be attacked by rapists or animals and have limited access to water. The photos’ captions describe how they feel rejected and frightened during these times.

Amina Zioual, a banker in Morocco, is founder and president of The Voice of the Amazigh Woman. The Amazigh, or Berbers, are an indigenous and formerly matriarchal people in North Africa often pressured by Muslim fundamentalists including ISIS to adopt patriarchal customs and sharia law along with the Arabic language. Since Arab feminists ignore them, Amazigh women formed this organization to fight patriarchal customs including polygamy, underage marriage, domestic violence, and the practice of rapists marrying their victims. They educate women in rural areas on the importance of education, voting, and waiting until age 18 for marriage. Most Amazigh are Muslim; the organization fights for tolerance of all religions and governmental secularism.

← Letter from Mexico: Police kill defiant teachers in Oaxaca
The hell anti-abortionists have wrought →
This work is licensed under a Creative Commons Attribution-ShareAlike 4.0 International License