From the January-February 2023 issue of News & Letters

Since Sept. 16, 2022, protesters in Iran have carried out remarkable, unique and revolutionary protests which show no hint of stopping. The revolt was started by women who remain both numerous and radical in the constant demonstrations and actions, and it has drawn in many layers of the masses while explicitly calling for the revolutionary downfall of the Islamic Republic’s regime.

From the beginning, with the brutal beating to death of Jina (Mahsa) Amini for supposedly wearing the required hijab “improperly,” the Iranian regime has revealed itself as a collection of ruthless thugs. They will use any tactic no matter how dreadful to try to quell this unstoppable rebellion and remain in power to enrich themselves and continue their plunder.

REGIME’S RUTHLESSNESS HAS NO BOUNDS

They have gone into girls’ schools and beaten young girls to death for refusing to sing a song glorifying religious dictator Ayatollah Ali Khamenei; picked up teenage women protesters and beaten them till they bled to death or their heads were caved in; shot an eight-year-old boy riding with his parents in a car. They shoot metal pellets and rubber bullets at women’s breasts, faces, eyes and genitals to maim and disfigure them.

To divide protesters along ethnic lines, they shot down at least 76 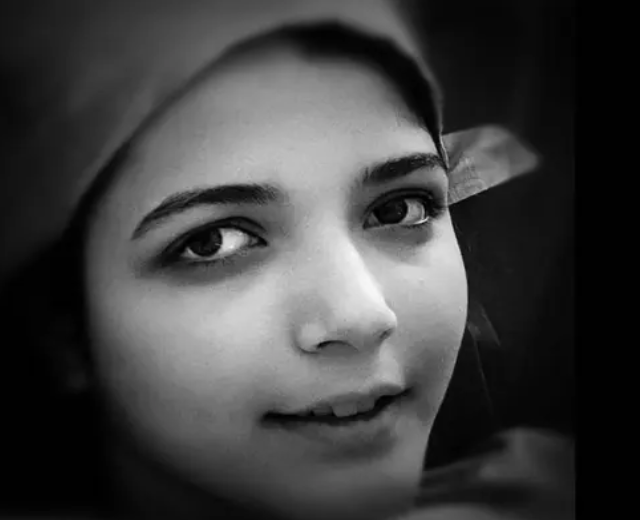 Sixteen-year-old Asra Panahi was beaten to death by Iranian security forces who raided her school in Ardabil on Oct. 13, 2022, and demanded the girls sing a pro-regime song. Photo from a video.

unarmed demonstrators in the Kurdish region of Iran on Sept. 28, some of them children, and have ruthlessly attacked minority ethnicities throughout the land. They have executed young men for protesting, including public hangings, in a vain attempt to frighten protesters.

Making hijab rules even more draconian, on Jan. 10, 2023, the regime declared they would arrest women who go without hijab and jail them for up to two months, with judges given free rein to ban hijab-free women from working and political activity, to take women’s cars, etc. If they are found guilty of “encouraging” lax hijab, they could be jailed for ten years!

Nothing has stopped the demonstrations. These regime atrocities only make people more determined to rid themselves of their rulers and live free.

Bahareh Hedayati is an activist, theorist and founding member of the One Million Signatures campaign, who has been arrested and jailed by the Iranian regime several times for fighting for a free Iran. Now in Evin prison, she was able to smuggle out a letter that captures the movement’s spirit. In it she reveals reasons for the uprising and three contributions this revolution in progress is making. She reveals the maturity of the movement, making clear that she is living the dialectic, fighting what must be changed and thinking about what the new society will look like after the overthrow of the regime.

Hedayati, who has experienced many demonstrations throughout the years, acknowledges the reality of violence because “there is no chance that the existing regime can extricate itself from the situation that has emerged, because neither can a tiny part of the protesters’ demands be fulfilled within the present system, nor can the majority of the people waive any of their demands.”

The people are “confronting the power structure itself, which is going to crumble whether they are successful or they are resisted. Therefore, revolution is inevitable….This committed generation has raised the flag of freedom, has defined its very own political identity, and it will decide Iran’s destiny.”

Hedayati, a participant/leader in the Green Movement, critiques it to distinguish the past from the future. She writes that she and others were “forced to accept the last remnants of political Islam within ourselves when we trusted reformist leaders and Mir-Hossin Mousavi…” who ended up defending “the organized and continuous crimes of Khomeini’s regime with an undeniable clarity and called the man who bloodied and set on fire a region or perhaps the world and condemned the women of this land to hijab slavery an ‘ever-awake soul.’”

In tracing the difference in her generation of dissidents and those who are in the streets today, she sees three new concepts that “emerged from the common wisdom of the protesters.”

Bahareh Hedayati signed her letter from prison, “Hoping for freedom!” knowing full well that those in the street are hoping and fighting for a new world. We join her and their desire for freedom, knowing that a revolution in Iran can be the spark to transform our world.