Chicago—On the first day of the third Global Climate Strike, Sept. 20, thousands of people, mostly teenagers, marched to the Loop and rallied here. Across the world, four million people reportedly participated—by far the biggest climate action ever. newsandletters.org was one of 7,371 websites that observed the Digital Climate Strike. The events, 5,800 actions in 163 countries, will continue in various places for a week, before and after the UN’s Climate Action Summit on Sept. 23, culminating in a Sept. 27 Earth General Strike.

Hearing the chants dominated by children’s voices was quite moving. So was seeing so many very young people coming out in all seriousness to call for a drastic social transformation to save their future and the future of humanity from the climate and extinction catastrophe. We are already living through its early stages, and it would grow much worse if business as usual is allowed to steamroll on.

As we rallied, six named tropical cyclones were swirling in the Atlantic and Eastern Pacific—tying a modern record for the number of simultaneous storms in those basins. One, Hurricane Humberto, had brushed the Bahamas a week earlier—complicating its recovery from the disaster wrought by Hurricane Dorian—and then subjected Bermuda to hurricane-force winds. Another, Tropical Storm Imelda, dumped more than 40 inches of rain on parts of Texas, causing catastrophic flooding, much of it in places flooded by Hurricane Harvey two years ago; Imelda and Harvey both broke rainfall records. More and more intense hurricanes and cyclone-caused flooding can be expected with global warming.

This was no trick of brilliant scheduling for the climate strike, since every week brings a new climate disaster, according to a recent UN report.

A hint of the difficulties in store for the movement is shown by the fact that in China, the country where the largest amount of greenhouse gases is currently being emitted, no strike was allowed to happen. That is not for lack of concern by the youth, as shown by 16-year-old Howey Ou’s solitary climate strike in Guilin earlier this year until the police forced her to stop. The Communist Party tightly controls information, portraying leader Xi Jinping as constructing an “ecological civilization” and making the country a climate leader, while stamping out reports of pollution and the effects of the continuing massive burning of coal and construction of more coal-fired power plants abroad. The government has even set up its own “China Youth Climate Action Network,” whose line is that youth need to “work with” the government rather than protest.

The difficulties are seen as well in the West. Countries like the U.S.—the country that has emitted the greatest amount of greenhouse gases cumulatively—UK, Australia and Brazil are controlled by entrenched capitalist minorities that undermine science, spread lies, and double down on deforestation and fossil fuel production, export and consumption, while slashing environmental regulations. Canada and European countries with greener images talk a good game while pushing production and use of coal and tar sands oil.

That is why the youth are saying, we don’t want to hear you talk about climate. We want to see real action. Sixteen-year-old Swedish climate strike pioneer Greta Thunberg told the U.S. Congress:

At the same time, there is a great stirring of ideas around what deep social problems have prevented real action from happening, and what kind of social transformation is needed to set humanity on a new track. That stirring of ideas has been intensified by the massive activity from below and the questions the youth have been raising. Both the mass activities and the ferment of ideas will continue to grow. 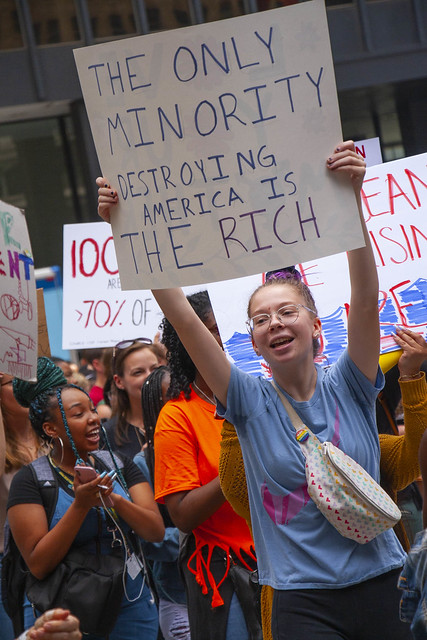 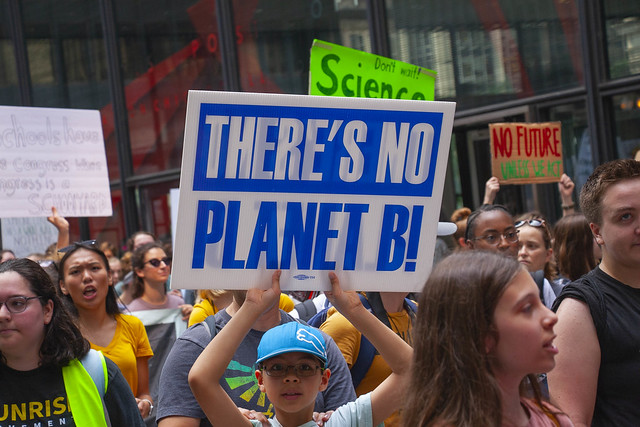 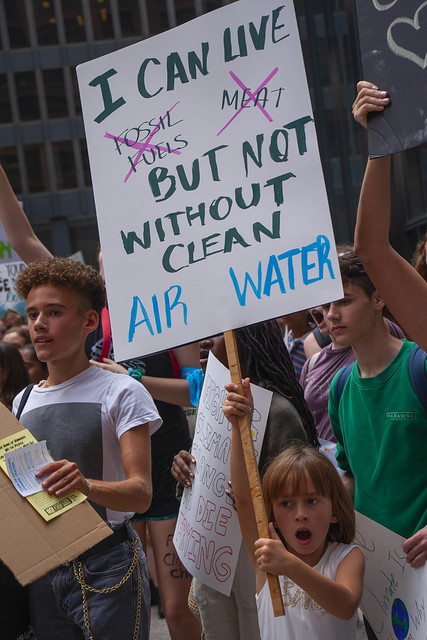 One thought on “Global Climate Strike–Chicago”

← Toward Freedom: Intervening in a World on the Brink–A Marxist-Humanist series of classes
Voices from Global Climate Strike →
This work is licensed under a Creative Commons Attribution-ShareAlike 4.0 International License