Dunayevskaya’s May 12, 1953, Letter (N&L, Nov.-Dec. 2014, p. 4) shows another way of understanding Hegel’s chapter on Absolute Idea. Dunayevskaya states that “the dialectic of the Absolute Idea is the dialectic of the party,” and then focuses on the paragraph of the Absolute Idea chapter that talks about the self-liberation (and not just the transition) of the Idea—which releases itself into Nature, and then into Spirit, in Hegel’s Philosophy of Mind. Dunayevskaya interprets this as the liberation of the masses in the mid 20th Century from “one-party totalitarianism.” For her, “Mind is the new society gestating in the old.” But, in the Absolute Idea chapter, Hegel just intimates this liberation, and does not develop it concretely. Dunayevskaya sees a relation with Capital’s chapter about accumulation of capital in which Marx intimates, but does not develop concretely, the liberation of the masses from the “one single capitalist corporation.” Neither Hegel, Marx or Lenin, could develop this liberation, for History was not mature enough—but it was in Dunayevskaya’s time. That’s why she recreated dialectics with the new social subjects from below in the epoch of state-capitalist regimes and the colonialist “crusades” in the Third World. That’s what we should do for our time—in this epoch of constantly renewed processes of primitive accumulation of capital (neoliberalism) and the appearance of Indigenous, Youth and Women rebellion worldwide. This is what we should do in Mexico, with the new moment of revolt after the state-instigated disappearance of the 43 students from Ayotzinapa, Guerrero, the constant murders of women and, the state violence. 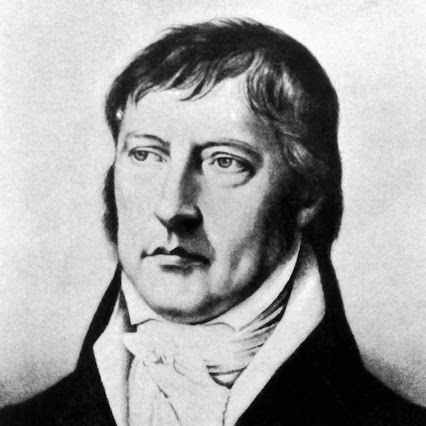 In the last two issues of N&L, readers had the opportunity to grapple with Raya Dunayevskaya’s 1953 Letters on Hegel’s Absolutes. People willing to thought-dive will encounter a full comprehension of the philosophy of Marxist-Humanism via the pages of N&L as the ground in which this generation of revolutionaries can straddle the philosophical void, and then set humanity on a path that hasn’t been trodden, totally in recognition of the multidimensional nature inherent in the process. If humanity is ever to transcend the incubus of capitalistic social relations, then it has to be with the full embrace of Marx’s conception of the permanence of revolution.

On Dec. 3, 1984, 40 tons of methyl isocyanate gas leaked from a pesticide plant owned by Union Carbide in Bhopal, India, poisoning thousands of residents. In 1989, Union Carbide settled out of court with the Indian government for the paltry sum of $470 million, not enough to cover more than a handful of hospital visits per survivor. On the 30th anniversary of this deadliest industrial catastrophe in history, the International Campaign for Justice in Bhopal, India, demands that the disaster site be cleaned up, survivors receive just compensation, and the company be held accountable. Tons of waste remain on site, residents have had no choice but to drink poisoned water, thousands continue to suffer from chronic conditions without adequate healthcare, and birth defects continue to appear in newborns of survivors. Dow Chemical in the U.S. and India, along with its wholly owned subsidiary Union Carbide, has eluded justice and denies responsibility. The U.S. government blocked attempts to hold Dow Chemical accountable on U.S. soil, and the Indian government has been complicit in the disaster from the beginning. We welcome the Indian government’s decision to reopen the 1999 settlement and renew our commitment for justice. For more information about the Bhopal disaster and actions in your area, visit www.bhopal.net.

International Campaign for Justice in Bhopal

VOICES FROM BEHIND THE BARS

Greetings to you all in solidarity! I just wanted to check in with you all and also thanks for printing my letter on the struggle for the sheet exchange issue. I just put together a Zine, Prisoners Air Mail, and I used a photo out of your paper, a Spanish girl holding a sign. I hope you don’t mind? Also, when I wrote the thank-yous in the Zine I made a comment, “Anyone I didn’t mention will just have to sue me!” I take that back because I meant to thank N&L and forgot!

Thank you very much for sending me N&L. As a Marxist-Humanist communist Gay person, I am deeply involved in your overall political philosophy. The aspects of the liberation of consciousness and the application of justice for all people have a very positive resonance with me.

I like N&L because it sheds light on matters the mainstream media ignores. While the media focus on whether Mike Brown stole some cigars from a convenience store to basically ignore the brutal nature in which he was murdered, N&L focuses on the racist pig that killed him in cold blood. The media focuses on Eric Garner’s physical health deficiencies to excuse the racist pig that put him in an illegal chokehold. N&L focuses on the NYPD’s reckless disregard for Black Life in Amerika. N&L is my “distraction” from the prison industrial complex.

I came across a few pages of your paper, and I am hooked. I am interested in receiving more information, old pamphlets, old newspapers and updated news so that I can better educate myself about your movements. I am a 33-year-old Hispanic, incarcerated in various California State prisons in the SHU (security housing unit) since 2002. I will soon be paroled to society straight out of the SHU. I might want to contribute or help.

I would like to thank you for the work that you do to keep us on the inside informed about what’s truly going on in the world. The news media only tells you what they are paid to tell you. I have a life sentence and have been in prison 31 years. I’m somewhat alone in this world, but it’s a true blessing to have N&L to help me grow and to keep my brain from going dead. I want to keep the young people coming into this place informed with the truth in hopes that they will wake up and stop supporting the prison system.

I’m a state prisoner who would like to receive a donated subscription of your paper if you have the available donors. I’m a genuine Marxist devoted to serving the people. I appreciate your time and assistance. Together we can make a difference in our world.

As long as I’ve been subscribing to N&L I’ve sent in a $10 check, $5 for the sub, which I think is too little, and $5 as a donation for the paper. So I’m sending you a check again for an annual renewal of my subscription for 2015 for $10, $5 for my own sub and the other $5 for a donation for a sub for a prisoner. For worker self-management of the economy and opposed to bureaucracy in all forms.

TO OUR READERS: Can you donate $5 for a prisoner who cannot pay for a subscription to N&L? It will be shared with many others.