On Nov. 25, 2016, Fidel Castro passed away. We knew his health was waning; even so it was not a pleasurable moment to hear of the passing of a man who stood up against the imperial power of the U.S. Once the totality of what was being reported hit me, I cut my TV off and got into my bunk.

Before I could fall asleep, I told myself the bourgeois media will have a field day attempting to denigrate Castro. At the same time I asked myself: Will all of their denigration be false? Consequently, the title to a small book—History Will Absolve Me—came to mind.

The book was Castro’s defense speech at his trial in 1953 for the attempted coup of the Batista regime then in power in Cuba. I read it early on in my orientation period with revolutionary theory, and I was taken with his unyieldingness in speaking truth to power.

But the question that needs to be answered is: Will history absolve Castro? The reason the question is of great import is two-fold: 1. The urgency of the time we live in where the imperialist camps have placed the world in a state of perpetual war, while, at the same time, humanity is searching for a social order that is the basis of reciprocal recognition of each other. 2. The need to work out a path through the multi-dimensional aspects of humanity which are rooted deep within each movement, that is, to the idea of freedom itself.

The analysis of Cuba’s revolutionary struggle, with Castro serving as El Comandante, must be done through a dialectical method that centers the human being as the social entity. A point of departure is the question Frantz Fanon posited: how to avoid the cowardice of the intellectual who falls into neo-colonialism, creates a new single-party state and a new separation of “brains and muscle.”

I don’t claim that Castro fits neatly into the category which Fanon set forth. But even a cursory view of the revolutionary struggle in Cuba reveals some parallels. Castro diverted to a one-party state and depended on Soviet aid, which was a form of neo-colonialist relations.

It is important to grasp how a single party and neo-colonialism constitute a separation of “brains and muscle,” or to put in another 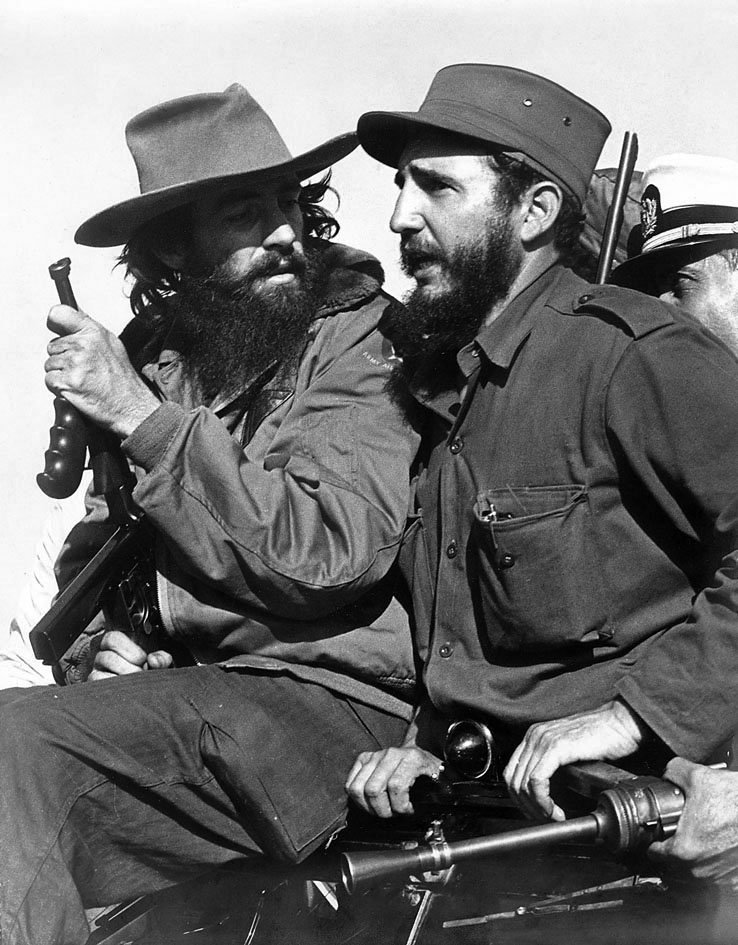 way, a separation of the leaders from the masses who made the revolution. Not to grasp this reality could leave efforts to realize freedom trapped halfway, like so many preceding attempts.

The single-party state has proven to be an oppressive reality for people who have newly liberated themselves. It is erected on the premise of protecting the revolution and advancing the people’s interest. However, just as Fanon pointed to the separation of “brains and muscle,” the protection of the revolution and the people’s interest under a single-party state becomes the domain of a single person or a privileged few who assume they have all the right ideas while the people cannot possibly be trusted with making decisions affecting their lives or their nation.

It is that kind of thinking by leaders—those who forget that they owe their power to the people—that objectifies people as a mere labor force, rather than agents of freely associated labor. Freely associated labor has, at its core, an unfettered individual human potential. It is a path towards total liberation that has not been tried and has had little philosophical discussion.

We all recognize the accomplishments of the Cuban people when the Soviet Union imploded and material aid was stopped. The masses were asked to exert their full creative potential to sustain the revolutionary process. They responded by making significant strides in the field of biodiversity, which allowed for the cultivation of food crops that fed an economically deprived nation.

Cuba was able to give aid to other developing nations, sending doctors, teachers and some technical support.

However, we must speak to the social conditions from which the aid derives. It by no means fully represents capitalism’s complete opposite.

The critical point is the necessity to engage in constructive dialogue, which is an ongoing imperative for us prisoners, where no subject is off limits—be it prisoners’ rights, Black Lives Matter, immigration, refugees, etc. To get beyond the halfway process, it is necessary to think critically about what unchaining the dialectic in and for itself truly means. In other words, to allow for the unfolding of the self-determination of the idea of freedom itself, bearing in mind that it is human beings who constitute the social entity of society.

← Workshop Talks: Roots of Trumpism in swamps of history
The Ghost Ship fire →
This work is licensed under a Creative Commons Attribution-ShareAlike 4.0 International License