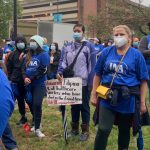 January 30, 2021
Vaccine rollout has been mired in poor planning, profit-centered thinking and indifference, with discrimination both within countries and against poor countries. Worldwide, a rat race...
... Read more 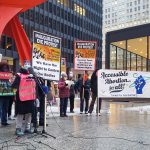 
The Jan. 6 Trumpist coup reveals the depth of the far-right threat, compliticy of major institutions, and the philosophic void of the Left. A liberatory...
... Read more 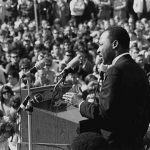 From the writings of Raya Dunayevskaya: Uncivilized U.S.: Murder of Rev. King 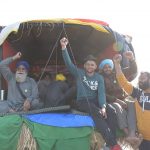 
An estimated 250 million Indian farmers have been on strike since last September in opposition to a series of new laws, proposed by Prime Minister Narendra Modi’s Bharatiya Janata...
... Read more
Featured Articles


No matter how you frame capitalism, there is no way to wipe it clean. We have to start with a conception of society centered on...
... Read more

January 29, 2021
Participant report of a seminar on ongoing abuses of women in prison, women's organizing against the abuses, and the limitations of...
... Read more 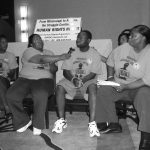 January 30, 2021
The movement lost a powerful voice for workers’ liberty, self-development and freedom when Sarah White died of a heart attack on Oct. 5,...
... Read more


Report on "#Black Homes Matter" podcast with experts taking up how one in three Detroit families have lost their homes, often due to the fact...
... Read more 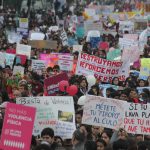 January 29, 2021
After years of struggle by women, the Argentine Senate finally passed an abortion rights bill, making it legal to terminate a pregnancy in the first...
... Read more 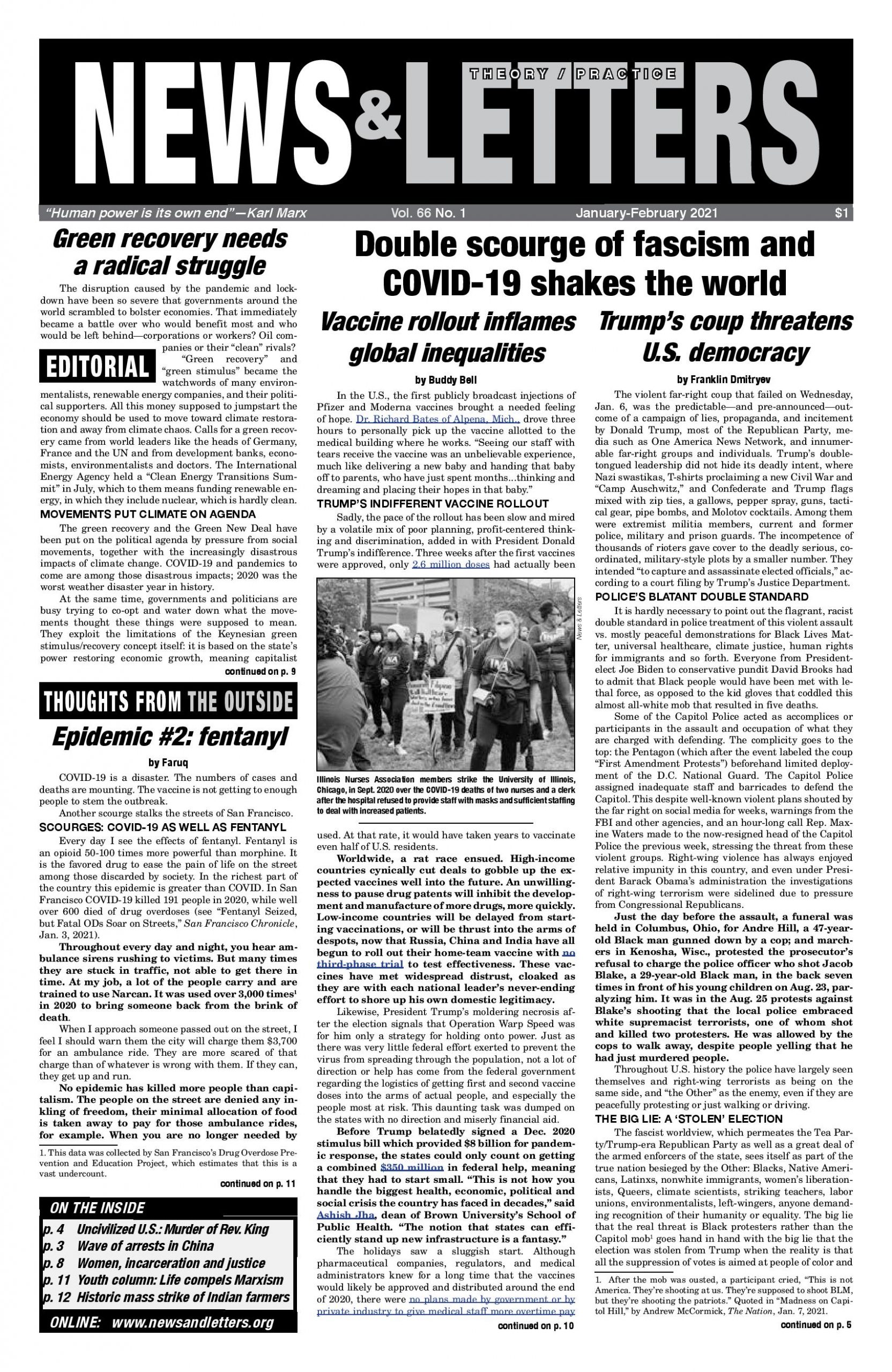 Thoughts from the outside: Epidemic #2: fentanyl

January 30, 2021
In the richest part of the country the Fentanyl epidemic is greater than COVID. What I see on the street every day is what Marx...
... Read more
Editorial


Recovery from current environmental, health and economic devastation needs radical struggles and ideas or it will be funneled into building a new stage of...
... Read more
More Articles

Page 2
Women worldwide
Lenn Keller, a Black Lesbian feminist activist, historian, and documentary photographer, remembered; women sue MindGeek/Pornhub and pressure credit card companies; Chile women win demand for half the seats in constitutional convention; women win reinstatement in First Nation bands in Canada.
‘The Dangerous Legacy of White Male America’
In her book, Ijeoma Oluo discusses the serious damage caused when we expect white men to have all the leadership roles in a society. The damage is not only to women and people of color whose voices are not heard, and to society, which loses their input, but to white men themselves.

Page 3
Pandemic prompts rethinking education
The pandemic challenges assumptions about the purpose of schooling, creating an opportunity to address basic issues, including ways to help students reflect and build on what they have learned, in school or out, and to figure out how to allow those experiences to “count.”
Governor charged in Flint water poisoning
Rick Snyder, former Governor of Michigan, was charged with two counts of willful neglect of duty, escaping the more serious charges facing other defendants.
Rohingya burned out
Rohingya Muslims have faced extreme hardship at the hands of Burma’s military with the cooperation of the civilian government under once opposition leader Daw Aung San Suu Kyi, spurred on by Buddhist religious leaders encouraging genocide.

Page 5
Race & the Capitol mob
A view from Los Angeles of the Capitol mob and a pro-Trump rally in downtown L.A.: the policing system was built against Black and Brown people.

Page 6
Readers’ views, January-February 2021: part one
Readers’ Views on: Trumpist Coup and Fascist Threat; Black Revolt and Social Movements; Right’s War on the Mind; Love Is Love; The Unfinished Battle; Women’s Liberation; What Is Capitalism? What Is Socialism?; Ray Bazmore.

Page 7
Readers’ views, January-February 2021: part two
Readers’ Views on: What Is Philosophy? What Is Revolution?; Prisoners’ Quest for Self-Development; Voices from Behind Bars; Why Read N&L?

Page 8
Review: Unapologetic
A feminist review of “Unapologetic: A Black, Queer, and Feminist Mandate for Radical Movements.” The author, Charlene Carruthers, sees it as “a book for all people who are curious about and committed to the struggle for Black liberation.”
Voices from the inside out: Debating Trumpism
Prisoner Robert Taliaferro explores what it is like to argue with white racists immersed in Trumpist propaganda.
Ray Bazmore 1926-2020
Raymond Bazmore, who died Nov. 4 at the age of 93 in Detroit, was active and engaged all his life in numerous social justice struggles.

Page 9
Georgia requires a new flag!
It is urgent that this flag be acknowledged for what it is—a Stars and Bars Confederate flag except for the Coat of Arms of Georgia inside the circle of 13 stars—and removed.
Pompeo worsens war on Yemen’s masses
In huge swaths of Yemen—particularly in areas controlled by Houthi rebels—famine and mass starvation are rampant. To add to this tragedy, U.S. President Trump’s Secretary of State Mike Pompeo’s parting shot before leaving office was to declare the Houthis a terrorist organization, thus creating draconian difficulties for food aid to reach famine-suffering masses.
Handicap This!: January-February 2021
During the pandemic Supplemental Security Income has been steadily collapsing, severely affecting handicapped and elderly people; In Ghana people with disabilities face confinement and in some cases physical violence and prejudice; and in the U.S. there has been an increase in the number of women killing their disabled children and then committing suicide.
Queer notes, January-February 2021
Murders of Trans and Gender Nonconforming people; vigil for Avril, a Trans student harassed at a French high school; New Orleans’ underserved and at-risk communities, including LGBTQ+ people, and the homeless and poor living with HIV/AIDS; swell of support for Trevor Wilkinson, suspended in Texas high school for nail polish.

Page 10
Latin America Notes: January-February 2021
Honduran migrants from the first caravan since Biden’s election speak about why they are leaving their homeland; and São Paulo, Brazil residents, thrown out of work by the pandemic, are occupying buildings in order to have a place to live.

Page 11
Youth in Action: January-February 2021
Massive youth demonstrations oppose military rule in Thailand and dictatorship of their schools; students at Bogazici University in Istanbul march to oppose Prof. Melih Bulu’s elevation to rector by Turkey’s President Erdoğan; and rural Pakistani youth pedal 100 miles in protest of a rise in the price of flour.
News from Mexico: January-February 2021
While the U.S. and Mexico argue whether General Salvador Cienfuegos and former Mexican President Peña Nieto were involved in abetting a narco-trafficking cartel, the Mexican army and navy have a despicable history of human rights violations never honestly investigated. The Zapatistas issued a “Declaration for Life” and intercontinental call for meetings.

Page 12
World in View: Iran: assassination, imperialism, ‘conspiracy’
Iranian nuclear physicist Mohsen Fakhrizadeh was assassinated as his car convoy passed through the town of Absard on Nov. 27. No suspect was apprehended. Speculation fell on Israel, the U.S., and Iranian oppositionists.
World in view: Massacre in Tigray
Thousands have died—including an undetermined number of civilians—and tens of thousands become refugees in the current conflict between Ethiopia’s central government and the regional government of Tigray. The central government of Nobel Peace Prize-winning Prime Minister Abiy Ahmed is being aided in its war by the Eritrean regime of long-time dictator Isaias Afwerki.
World in View: EU contradictions
There is danger of neo-fascist parties gaining or taking control in several European countries including Germany, France, The Netherlands and Italy.