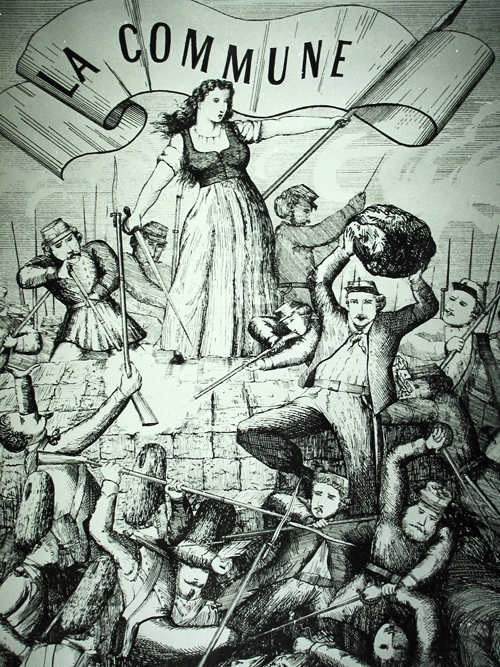 The great social measure of the Commune was its own working existence….Working, thinking fighting, bleeding Paris – almost forgetful, in its incubation of a new society, of the Cannibals at its gates –radiant in the enthusiasm of its historic initiative!

Just as Historical Materialism did away with Hegelian idealism in theory, so mass activity, at its highest point of creativity—the Paris Commune—did away with statist fetishism by disclosing “the political form for achieving economic emancipation.”